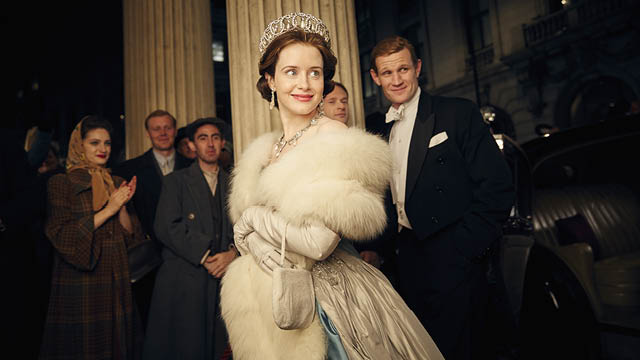 Netflix has finally realised this trailer for The Crown which stars Claire Foy and Matt Smith.

The new 10-part Netflix series showcases the life and times of Queen Elizabeth II and is a royal period drama well worth watching.

The Crown tells the inside story of two of the most famous addresses in the world — Buckingham Palace and 10 Downing Street – and the intrigues, love lives and machinations behind the great events that shaped the second half of the 20th century. Two houses, two courts, one Crown.

Each season of The Crown will explore the political rivalries and personal intrigues across a decade of Queen Elizabeth II’s reign, exploring the delicate balance between her private world and public life.

Season one begins with a 25-year-old Princess faced with the daunting prospect of leading the most famous monarchy in the world while forging a relationship with the domineering, war-hardened Prime Minister Winston Churchill.

The crown new still via Netflix
1 of 5

Netflix has spent $156 million on ‘The Crown’ making this the most expensive TV show ever made… Well we would expect anything less for the Queen, would we?

The trailer looks great, and for those of us wondering what the life of a real life queen looks like, this might just be the answer to our question.