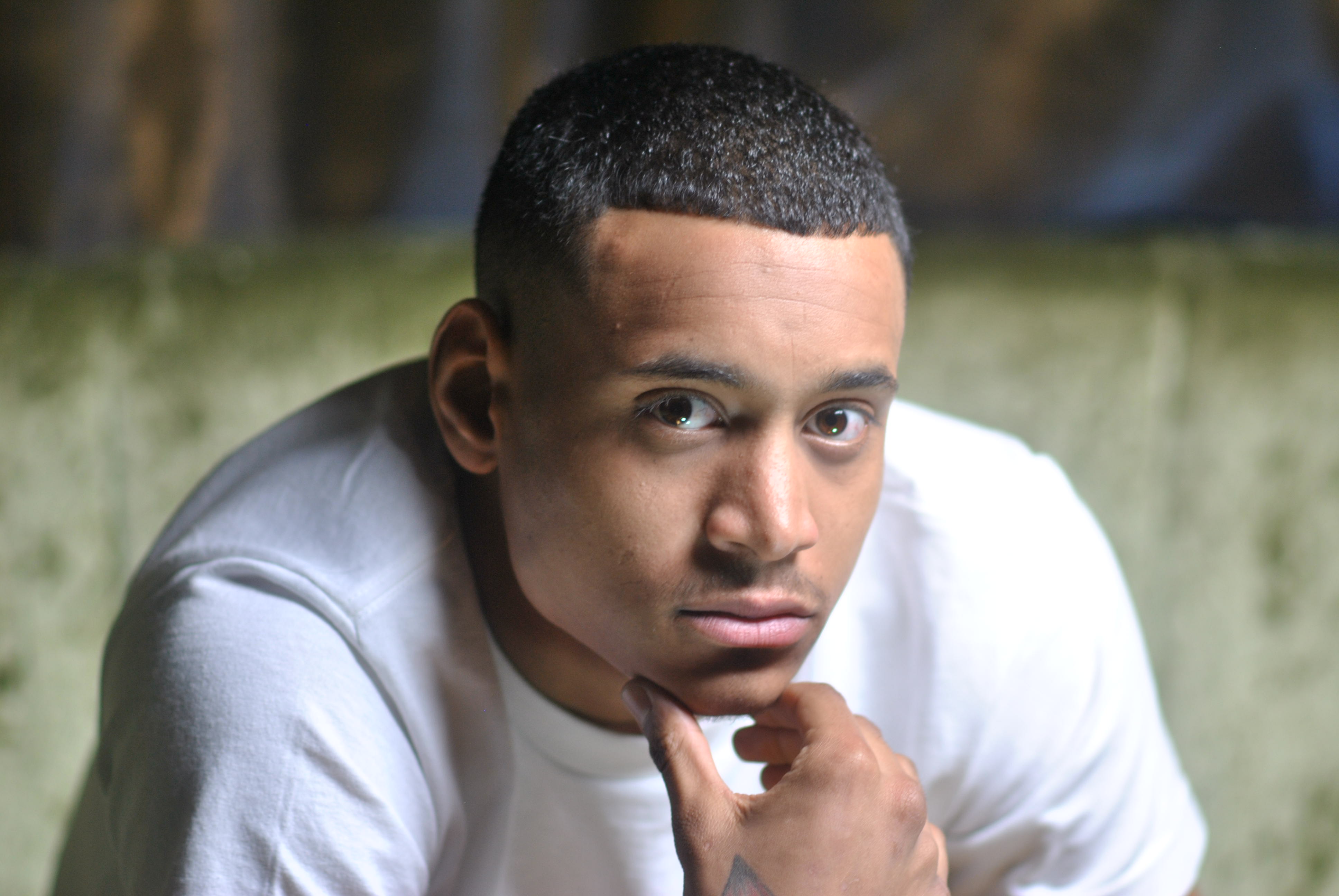 Curtis Moore isn’t a household name yet, but there are a few things you should know about him. He shot to fame on the X-Factor at the tender age of 16. He was splashed across pages of the Daily Mirror, The Sunday Times and The Sun for his noticeable audition on the talent show. Fast forward four years, and the promising singer-songwriter-rapper has been hard at work creating his musical future. His debut single ‘Number 1 Girl’ hit the top 20 on the Commercial Club chart, but now Curtis is back with his glossy new single ‘Lipstick’, featuring Scorcher. He is basking in contemporary talent, but you don’t need to take my word for it. Just check out his music and your ears will confirm it. I sat down with the now 20-year-old to discuss his stint on the X Factor and how he has transitioned his future into a budding music career.

You appeared on X Factor 4 years ago, what have you been up to since then?
Just been getting better really as an artist and a person. When I went on X Factor I was 16 so I didn’t really have an experience in anything, so it was my first time on stage and it was my first time performing to a crowd so for the past four years I’ve been getting better as an artist and a person.

Did Simon Cowell offer you any good advice about the music business?
I think the best advice he gave me was telling me I’m a bit cheeky so from there I’ve just calmed down a bit now. I was 16 when I went on there so I was young, very young minded. Simon is a hard man to get to.

Do you still watch the show?
No, I hate it.

Why, the show did give you a platform?
I regret it. But at the same time it did give me this platform of where I am now, so I’m in two minds about it. I’m totally against it now. I’m against the way it works. In my eyes it’s just the cheaters way to get into the industry. I am happy that I didn’t get as far as I did, so nah I don’t watch the show.

Why do you think the X Factor is the cheaters way?
An artist to me is someone who writes their own music and has input on everything that happens and I just feel like the hard work is done for you when you’re on a show like that. People work for years at that, I’ve been pushing for four years now and haven’t got what I would get if I was to win the X Factor. It’s just a short cut.

Did you like the way they portrayed you on the show?
No. I was young, I was 16 and I was young-minded…immature. The audition that they showed on TV is not actually what happened; they edited it to make it look like that. Simon said that I had attitude and everything but really I didn’t have attitude or anything like that. Because I used to get into a lot of trouble, Simon just wanted to touch on that. I wasn’t there for that, I just wanted to sing.

Who was your inspiration?
I’d say Michael Jackson. There is also a guy I know called Zion I used to live with him and he manages Wretch 32. I used to see him dealing with Wretch all the time and he made me want to do what I doing now. He pushed me in this direction.

So moving onto your music, how did the new single ‘Lipstick’ come about?
My manager was looking for producers that could fit what we wanted to do. Then the Da Beatfreaks popped up who are two guys from LA and they liked my last single ‘Number 1 Girl’. We went to the studio for three days and we just jammed. Thought of melodies and Lipstick stood out. It was written by me and three other co-writers.

How did you get Scorcher on the track?
We reached out to him and he liked what we were doing and it was lucky enough that he liked it so we just rolled with it.

How would you describe your music and style?
I’m still finding myself I’m still young. I’d say I’ve always liked Craig David. Everyone always gets caught up in the whole Trey Songz/Chris Brown thing. I see myself more as a Craig David. R&B and Pop, just real! Real music.

Are there plans for an album or mixtape following this single?
I am working on an EP which will be out the end of September. It will be an eight-track EP that will be given out for free for the people who have been supporting up until now and show them that I appreciate their help. The album is in the pipeline.

What would you say is next for Curtis Moore?
I’m just gonna keep chipping away and try to get to where I wanna be really. Just try to stay relevant and move with the times. Lipstick is out on August 26th so also make sure you get it!