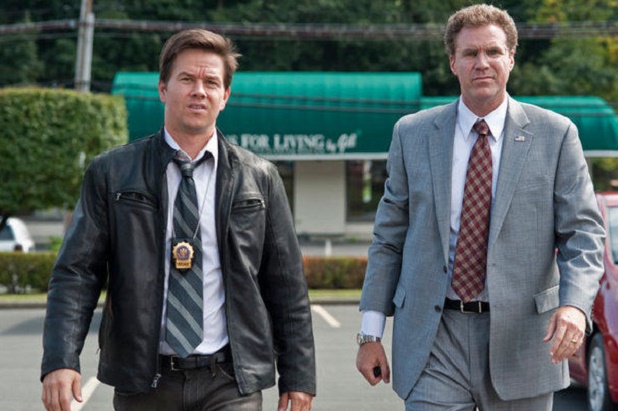 Lacking any real originality, Daddy’s Home isn’t your classic Christmas comedy blockbuster release that will go down in history but it isn’t all bad.

Daddy’s Home is a moderately funny story of two fathers, a stepfather and biological father, fight to win the love of the kids stars Will Ferrell as Brad Taggart, a mild-mannered pushover of a man who has managed to lands himself a beautiful wife (Linda Cardellini) with an already made young family. Unable to father children of his own he loves his stepchildren to the moon and back and even the fact the kids don’t really like him, at first, doesn’t dissuade the man. In fact, even when his stepdaughter draws a picture of him with homeless man poop on his head and a knife through his eye touches his heart because it’s the first picture she has drawn where he isn’t actually already dead. Enter Dusty (Mark Wahlberg), the complete opposite to Brad, He’s fit, good looking and everyone seems to love him, however, he does come over as a bit of a jerk, and just so happens to be his wife’s ex and biological father to the extremely funny children. Absent from his young kids lives for six months he charms his way into an invite from Brad to share a cold one. Once in the house, Brad finds it hard to get rid of him and the fight between the pair for the kids love begins with mildly funny antics which mostly see Brad on the receiving end of the pain.

Ferrell plays this role time and time again and it starts to drain on the soul, obviously, he has found his niche and sticks with it, but it almost feels like watching this man getting walked all over and his good nature taken advantage off is far from new. The funniest scene comes from his desire to show-off his motorcycle talents as he moves Dusty’s bike, loses control and ends up crashing through the house and ends up stuck in a wall as the bike hurtles out a window and lands without a single scratch. We could also say the same for Wahlberg, in his comedy roles he always seems to take on the persona of a vain and petty man, even when he ‘helps’ Brad with his fertility problem, which does backfire on him later on, by introducing him to a leading fertility doctor he is made to get out his huge tackle in order to show Brad what they really should look like. He remains a smug git.

Throughout their many battles though out the film, it’s down to Brad to pull Dusty out of his lack of confidence of actually being able to be a good dad and face up to his responsibilities in order to make their little girl happy at the Daddy Daughter Dance, Which results in seeing the men working as a team and a very poor excuse for a dance off.

Daddy’s Home is out in UK Cinema 26th December.