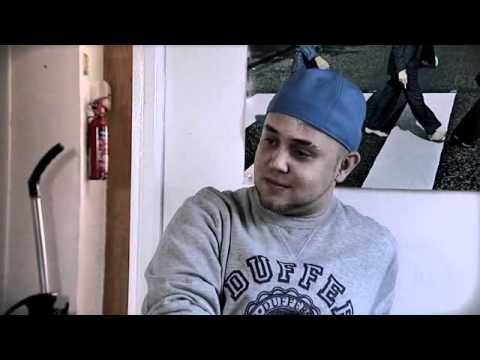 Damien O’Brien has made his mark as one of the best street and close-up magicians in the industry, turning his biggest sceptics into fans with his astounding magic and cheeky charm. Not one to use just one style of magic, 25-year-old Damien has mastered a dazzling repertoire of disciplines and tricks, using everything from bottles and coins to watches and fire, in addition to reading minds, levitating and hypnotising a spellbound audience at will.

This versatility, along with his unique style, is what sets him apart, as Flavour finds out. “The way I dress is very street and urban and very relaxed. Most magicians you see will be wearing a suit – it’s not very me. I like to be comfortable, and I think the more comfortable I am, the better I perform.” Introduced to magic at the tender age of 12 by magician Richard Bellars, Damien picked up his cards and never looked back. He took to the streets, pubs and nightclubs of southeast London at 18, performing professionally and blowing away unsuspecting members of the public.

His first paid performance was at a pub called the Rising Sun. “I had a group of guys taunting me, going, ‘Come on, then, pull a rabbit out the hat, show us some tricks.’ They were really winding me up. I plucked up confidence and went over and said, ‘I’ll tell you what, as you’re running your mouth, I’ll start with you.’ I did a mind-reading trick on one of the guys where I knew what card he would be thinking about and totally silenced them, and turned the sceptics into fans.” This is something that occurs often after his performances and is one of the key reasons he became a magician.

The defining moment he realised magic was to be his career was in 2003 when David Blaine stayed in a box for 44 days. “I went and stayed the whole time; I loved the response of how a performance like that could hold such a mass audience. I was there every day performing and thought this is what I want to do all the time.”

After this he used his charm to wow a club owner, gaining entry to the club which led to many performances at exclusive private parties full of celebrities, reality TV stars and talent agents. “I wasn’t even meant to be in the party, I just heard about it. I turned up, said I’d been booked here to perform tonight and managed to get my way into the club. I met the owner and started doing magic for him. The main one, which really got him, was a trick where I took his watch from his wrist without him knowing and put it on my own wrist. Right at the end we shook hands and I went to him, “Have you got the time?” He realised he didn’t have his watch, it was sitting on my wrist. After, he started telling everyone in the club about me, saying, ‘You’ve got to go meet everyone’ and introducing me to people.” Damien became a regular fixture, allowing him to perform in front of some of the world’s most famous celebs.

Performing at many events and after-show parties, including the Brit Awards, Cosmo Awards, T4’s On The Beach, NME Awards and World’s Richest Party at the Atlantis Hotel Dubai, to name but a few, he says his favourite events are “the MOBOs or especially the Brits because they were one of the first places that gave me a chance to perform at the official after-party. I love to perform and go out there and mess someone’s head up and leave them totally amazed.” Damien has performed to a whole host of celebrities, but his favourites are “Nelly, Travie McCoy, Professor Green and Alexandra Burke – they all don’t care about what people think, they just react and really enjoy it. They love it. Akon as well, he was running around telling people I was the Devil and he’s never seen anything like it before.” These celebrities have become huge fans. “The Wanted, they’re really big fans as well; they always message me and talk to me.”

He has yet to perform in front of Eminem, the person he most wishes to impress with his magic. Damien’s all-time favourite trick is one he performed on Daybreak in August to Christine Bleakley and Adrian Chiles. “I get someone to sign a card and place it back and I put the cards in their hands; I tell them to try and imagine if they were the magician and they could see through the hands and the cards to where their card is, and when they lift up their hands, the deck of cards has turned into a block of glass, and it totally freaks them out, because you have never seen me do any sneaky moves.”

Another recent TV appearance was on Penn & Teller: Fool Us, where Penn said it was one of the best close-up performances he had ever seen. Damien can now count the magic maestros as fans. “After the show they said it was fantastic and they were pleased when they saw my name and that I’d be performing on the show. They didn’t have any knowledge of who was going to be there and were really happy when they got to see me perform.” Penn said Damien’s method for performing was his favourite for that trick and couldn’t have been done better. “It was a great experience and I’ve had people comment as well as magicians, saying it was fantastic and they haven’t got a clue of how I did what I did.”

Damien has a DVD coming out in November called ‘No Illusions’ which will showcase new magic and is guaranteed to be celebrity packed. He talks about one trick in particular on the DVD. “I’ll borrow a hat from someone’s head and show them there’s nothing in it and put my hand inside the hat, and when I pull my hand out I will be holding a real snake. It’s kind of a classic rabbit-out-of-the-hat trick, with my quirky twist on it.” The DVD is something fans can get involved in as he is asking them to send challenges. He will pick the three most interesting and crazy challenges for the DVD.

Damien has carved a successful career which is constantly evolving, and the prognosis for the future is further greatness. His next ambition is to show his talents in different countries, and he would particularly like to do a show in America. “As long as I’ve got the platform and I do my best and deliver, it can only get better.”