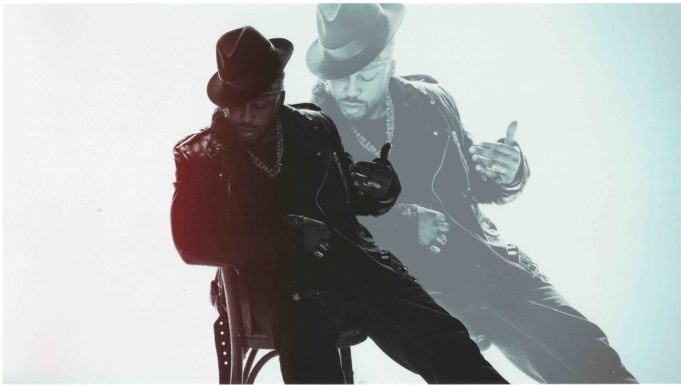 US Neo-Soul legend, D’Angelo is back and fans are in for quite a treat, as the four-time Grammy Award-winning singer will be returning to the UK stage for the first time in two years to perform a live one night only exclusive show on Tuesday 6th March 2018 at the Eventim Apollo in Hammersmith, London.

This is a concert you don’t want to miss! Get your D’Angelo tickets here

Joining him on stage will be his talented and all-star band members and musicians Jesse Johnson, Pino Palladino, Isaiah Sharkey and Karriem Riggins, who have worked with the likes of Prince, Paul McCartney, John Mayer, Lalah Hathaway, Kanye West, Common and many more; plus UK’s very own Soul king, Omar, famed for his chart-topping hits ‘Nothing Like This’, ‘Golden Brown’ and ‘Feeling You’ featuring Stevie Wonder, as the opening act.

Crashing onto the scene and pioneering the Neo-Soul movement on his back in 1995, D’Angelo released his debut album, ‘Brown Sugar’, selling over 300,000 copies within the first two months, reaching platinum status in the US and certified Gold in the UK. D’Angelo scored much success with four top 10 Billboard charting singles including the lead single ‘Brown Sugar’ and follow up records ‘Cruisin’, ‘Lady’ and ‘Me and Those Dreamin’ Eyes Of Mine’.

D’Angelo’s second album, ‘Voodoo’, broke all headlines and charts with his most commercial and controversial video for the song, ‘Untitled’ (How Does It Feel)’, in 2000, selling over 320,000 copies in its first week and 1.7 million records statewide, crowning D’Angelo the millennium’s heartthrob. Rolling Stone magazine also named it the fourth best single of 2000.

Following a 14 year hiatus, the singer/songwriter made a much-anticipated return with his third studio album ‘Black Messiah’ in 2014 hitting the Billboard charts at number one and at number four on the UK R&B Album charts, ranking it one of the best albums of the year. Releasing his Grammy Award-winning first single off the album titled, ‘Really Love’, followed by a successful sold out worldwide tour – ‘The Second Coming’ in 2015, it’s without a doubt that D’Angelo has firmly solidified his position as the reigning king of Neo-Soul.

With over two decades of groundbreaking hits, unparallelled solo success, plus collaborating with some of the music industry’s greats from Snoop Dogg, Raphael Saadiq, Angie Stone, Questlove (The Roots), Q-Tip, Redman and Method Man; the legendary soul star will return for the most anticipated concert of 2018 for a night of unforgettable and iconic soulful classics.

This is a concert you don’t want to miss! Get your D’Angelo tickets here