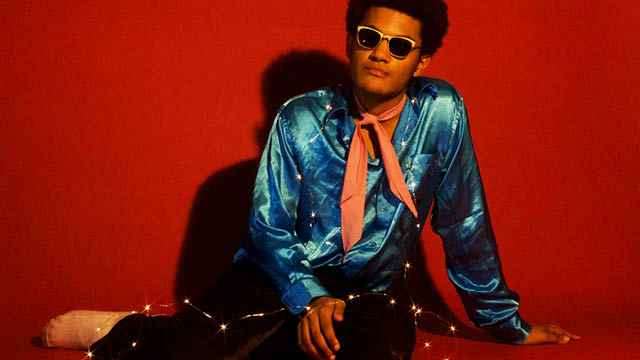 While mastering timeless songwriting is a lifelong pursuit for most, Dr Danny (Danny Ayala) has a clear grasp on the concept at just 19 years old. Born in Long Island, NY, Dr Danny began his musical career at a young age and it quickly progressed into a prodigious talent.

Danny’s musical career opened up after crossing paths with fellow wunderkind  bothers Brian and Michael D’Addario at an elementary school talent show.  Recognizing Danny’s skills they quickly began making music together. For the past 10 years they have been a musical family, with Danny becoming a live member of the largely successful and internationally recognized band, The Lemon Twigs.

Although continuing to perform with The Lemon Twigs, Danny has announced his new solo project Dr Danny, with his debut EP ‘Lay It On Me Straight’ due for release this summer. Featuring the lead single ‘Nothing But Love’, all tracks on the EP features performances with the D’Addario brothers, who make up the backing band for Danny’s project.

Dr Danny’s debut EP ‘Lay It On Me Straight’ is a sunshine filled 60’s pop gem, showcasing his exceptional songwriting skills and knack for a memorable melody. Danny’s vocal abilities shine on the lead single ‘Nothing But Love’, an infectious and perfect introduction to the EP and unlike anything you have heard before.

‘Lay It On Me Straight’ is out later this summer. You can also catch Danny with The Lemon Twigs at this years Coachella.

Lay It On Me Straight Tracklisting