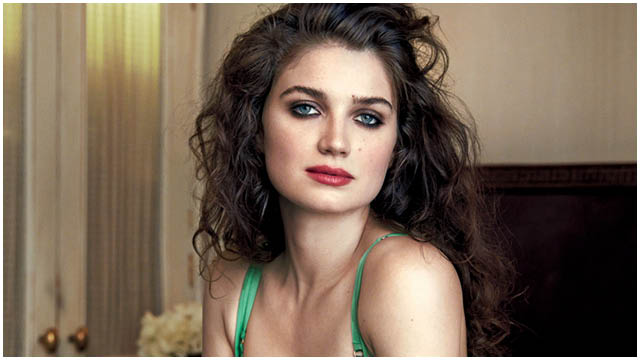 You may remember Eve Hewson from movies such as ‘This must be the place’, ‘Blood Ties’ and ‘Enough Said’ as well as popular hit TV show ‘The Knick’ were Eve Hewson starred alongside Clive Owen, André Holland and Katrina E. Perkins, playing the nurse Lucy Elkins.

Eve Hewson is currently starring alongside Tom Hanks and Amy Ryan, playing their daughter Jan Donovan in the new film ‘Bridge of Spies‘. Eve’s recent sexy photoshoot with GQ magazine, has hit headlines news as the curvy actress poses in lingerie looks and flaunts her beautiful figure on set.

During her photo shoot with GQ, Eve Hewson reveals her secrets on ‘How to text a girl’. We painstakingly transcribed the whole interview into words below, so have your pens and paper on the ready, its time to take not and up your dating game.

Eve Hewson – How to text a girl

How quickly should a guy text a girl after getting her number?

Eve: It depends when you got the number, if you got it that night, the next day is good, like at 6pm. Don’t be too eager, don’t wake up to a text. You don’t want that, but don’t wait a whole day.

Don’t open up a conversation and then not contribute to it. I’ve had people be like,

Well ok, you texted me, what do you want? You have to be direct. Also Don’t ever send the ‘Hey’ text.

How long should a guy wait for a response from a text?

Eve: 3 days without a response. She could just be playing it cool, I have done that before. 2 hours, chill. 12 hours is cool, 24 hours is cool. A week is just like, let it go, its not going to happen. A week means you’ve just forgotten about it.

Is it ok to send a girl a sexy/sexual picture?

Eve: You can’t just send a girl a sexual picture, if you have only hangout with them once, its just too much. You can’t be like “Hey check this out, babe” cos they will be like, hmmm, I didn’t want to see that lol. And be careful of the times you send those types of pictures, make sure its later in the evening as she could be sitting next to her father in church or something Loooooool.