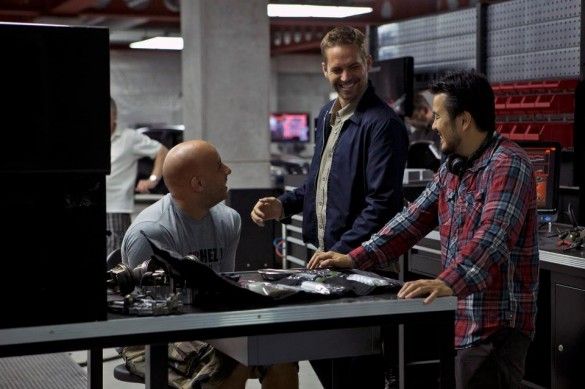 Flavour would like to congratulate British actor David Ajala (aka Baron Payback Season, The Dark Knight) who’s just been cast in ‘Fast and the Furious 6’ and is currently filming in London alongside Vin Disel, Dwayne ‘The Rock’ Johnson, Paul Walker and Michelle Rodriguez.

David says: “I am really happy to be part of this franchise and looking forward to getting stuck in.”

David, who received excellent reviews for his role in ‘Payback Season’, has officially joined the huge franchise. He will play a deadly assassin in the rival gang to Vin Diesels crew, led by Luke Evans.

Filming will also take place in Germany and  the plot is being kept heavily under wraps. The sixth instalment also features music artists/actors Tyrese Gibson and Ludacris and on IMDB it states that singer turned actress Rihanna is rumored to have role.

Look out for David Ajala as Kelvin in ‘Offender’, in cinemas now. Fast Six is scheduled for release on May 24, 2013.

Check out this first look at Vin Diesel, Paul Walker and director Justin Lin on set.