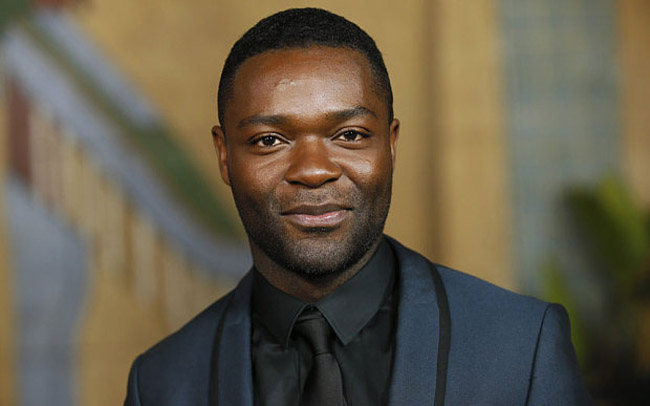 The 60th BFI London Film Festival in partnership with American Express® announces that highly acclaimed British actor and producer David Oyelowo will be the lead speaker at this year’s Festival’s headline industry event, the Black Star Symposium on Thursday, 6 October at BFI Southbank.

Oyelowo will be launching the Black Star Symposium the morning after the Festival opens with the European Premiere of Amma Asante’s eagerly-anticipated A United Kingdom, in which he stars, and he will be joined by British and international actors, filmmakers and thought-leaders to explore why opportunities for black actors to shine on screen in the US and the UK remain limited, and debate what more can be done to effect positive change.

David Oyelowo, who also stars in the Festival’s Virgin Atlantic Gala presentation of Mira Nair’s Queen of Katwe (European Premiere), is a passionate and articulate advocate for changing the framework of opportunities for black talent and for reversing the historical lack of recognition for their achievements.

David Oyelowo said “I’m really hopeful we’re about to segue from talking about diversity to actually doing it.”

The LFF Black Star Symposium heralds the UK’s biggest celebration of black screen actors and the BFI’s cultural focus for 2016 – BFI BLACK STAR – launching immediately after the Festival and celebrating the achievements of black actors from the earliest years of cinema through to current icons. http://www.bfi.org.uk/black-star

The BFI’s Creative Director Heather Stewart will also be unveiling the first phase of new and ground-breaking research at the Symposium about the representation of black actors in British films. The first findings focus on films released in the UK over the past ten years (2006-2016).

Heather Stewart said: “We are working towards a complete data set from the beginnings of British cinema to today, to understand what has changed both on screen and behind the camera. We want to make the data available – as both a tool and a mirror – for everyone who is in a position to say ‘yes’ to new creativity and new opportunities. It will help shape what funders, policy makers, producers, directors and writers think about when they are making decisions in a world where audiences hope for so much more than they are offered.”

The first panel will focus on the opportunities available to, and the obstacles faced by, black actors in the US and the UK; the types of roles and the kinds of stories being told; the politics vs. the reality of ‘colour-blind’ casting; and the differences between the film and TV sectors in the respective territories. The second panel will discuss development, and green-lighting barriers, consider how to stimulate change within media agencies, funding bodies and production companies and examine whether more diverse and inclusive creative and management teams lead to a wider variety of productions and more representative stories on-screen.