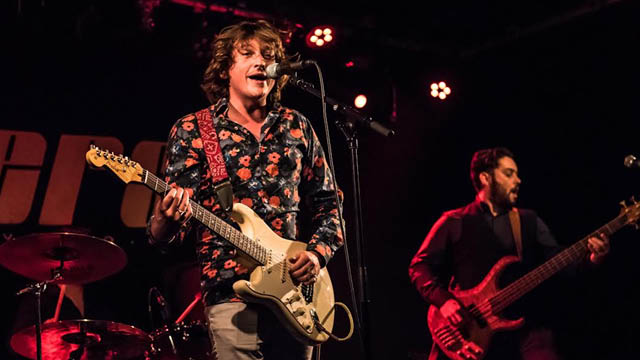 British singer-songwriter DD Allen has announced the release of his new single ‘Just Like The Old Days’ available to purchase on all major media providers now. The new single is taken from DD Allen’s forthcoming album due out early 2017.

DD Allen first caught the attention of critics and fans alike as the  support on James Blunt’s 2014  ‘Moon Landing’ arena tour in Bournemouth. Since then DD Allen has been putting the finishing touches on his debut album. On the new record, DD Allen has teamed up with an A-list team including engineer Mike Spink (The 1975, Jake Bugg) and Andrew Scheps (Adele, Hozier). The yet untitled album was inspired by many great artists, including Bob Dylan, who Allen names as his greatest influence. The record also includes a cover version of Dylan’s ‘Don’t Think Twice It’s Alright’.

The new single ‘Just Like The Old Days’ is a melodic mixture of guitar riffs and soulful harmonica, laced with Allen’s signature raw vocals. Anticipation for the new release has met with excitement from fans and critics alike, who have noted Allen’s exceptional songwriting skills and electrifying live performances.

Fans can expect to see DD Allen live later this year, with more information available on facebook and twitter.