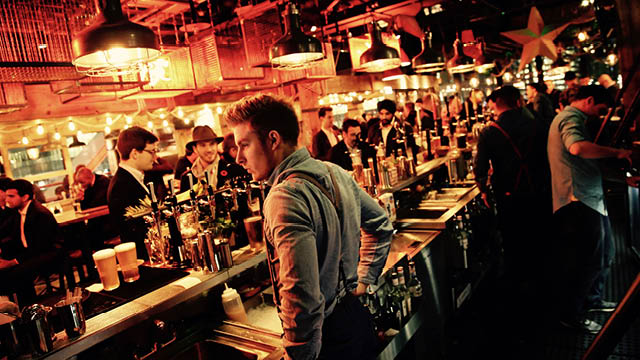 London currently boasts first and third position in the World’s 50 Best Bars list (Artesian, first, and Nightjar, third); so the arrival of The Dead Rabbit, which currently holds second position, will see the World’s best three bars represented in London for a limited time only. The Dead Rabbit and Big Easy collaboration will be in residency at Big Easy Canary Wharf from 16th – 26th June, then at Big Easy Covent Garden from 27th June – 13th July.

During the residency The Dead Rabbit bartenders will join the Big Easy team to present a list of 13 drinks appearing on the Rumble in the Tumblermenu, priced £9 each. Rumble in the Tumbler puts six Dead Rabbit drinks, first served at the New York bar, up against six all new Big Easy cocktails, created by head bartender and drink innovator Csabi Toth, in a cocktail clash allowing guests to compare the drinks from both bars. Each shift will see a member of The Dead Rabbit team and a member of the Big Easy team behind the bar, working in tandem, in their respective uniforms.