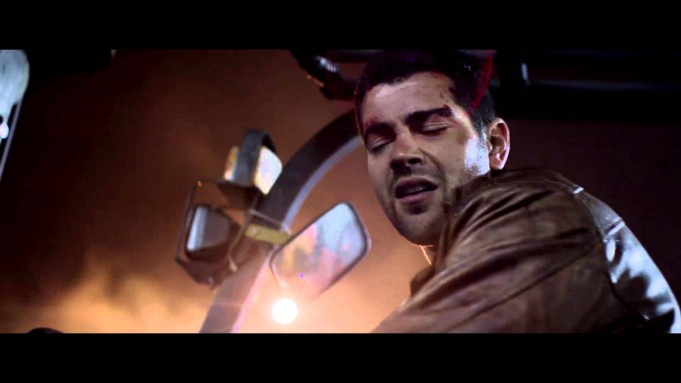 To celebrate the release of Dead Rising Watchtower starring Jesse Metcalfe, who doesn’t seem to age, on digital and DVD in the UK on the 27th of July we have been given a few exclusive clips from the film.

Dead Rising: Watchetower which is based on CAPCOM’s globally renowned video game franchise which has sold over 8.2 million copies worldwide, follows Chase Carter (Jesse Metcalfe), a reporter trying to make it big – but the pursuit of his career-defining story leads him into the heart of a zombie-infested warzone. East Mission, Oregon is locked down after police find the bodies of what appear to be victims of a zombie attack. Zombies are not a new phenomenon, but outbreaks are uncommon. Past incidents were only just contained in time and the country is nervous. When two ambitious Net 2.0 reporters, Chase and his colleague Jordan, get inside the quarantine zone to report on a large group of civilians trapped in an inner city dome stadium, they realise they’re waiting for a rescue that isn’t coming and a fight to the death for there survival and escape the deadly clutches of the Zombies may just not be worth the fight for stardom.


You have to check out the Rob Riggle exclusive clip, we actually wet ourselves laughing. How they can pull off this scene with a straight face is beyond us.

Dead Rising: Watchtower is available on digital and DVD in the UK on the 27th of July.