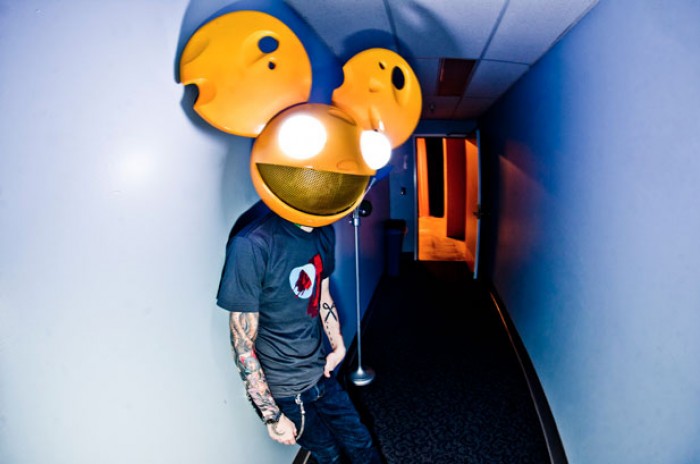 Deadmau5 and Imogen Heap will be hosting a Google+ Hangout later today (March 12) at 11am CST (4pm GMT). The two artists will come face to face for the first time to discuss their collaboration on ‘Telecommunications’ during the live web session. Deadmau5 and Heap collaborated for the DJ’s latest album > album title goes here <.

In wanting to extend the creative vision for this release, a global competition was set up to search for budding animators. 20 individuals were selected with each animator taking ownership over their own segment, working in their own style and medium. These were then edited together to produce a remarkable video.

The official music video for the single will be premiered on the Canadian electro-house music producer’s Youtube page at the end of the hangout. The “Telemiscommunications” package featuring remixes by Crookers, Copy Paste Soul, John Roman and Kölsch along with his new album >album title goes here< is available on iTunes here.