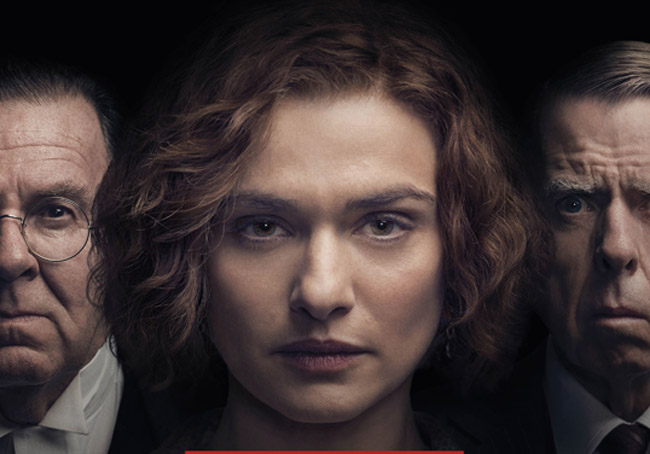 Denial is undeniably an intriguing story which will leave you in amazement.

Denial is yet another narrative based on a true story, one which hits on the sensitive issue of the Holocaust and one man’s mission to deny it and one woman’s fight to actually prove him wrong – Yes, you may scoff in disbelief but this really did happen, even if not an Oscar worthy outing it will leave you aghast at the complete absurdity of the entire issue.

The premise here is an American-Jewish academic, Deborah E Lipstadt – played with a brash ardent vigour and quite often obnoxious by Rachel Weisz – who wrote the book the script was adapted from by David Hare – Denial: Holocaust History on Trial – finds herself in the midst of a libel court case brought by a man she once described as a Holocaust denier in another one of her books. David Irving, a so-called military historian played by an infuriating Timothy Spall is this one such man. We are first introduced to the hostility between the pair when Lipstadt is giving a lecture to her students at a university in Atlanta in which he storms in and proceeds to stop her in her tracks and tries to provoke a debate she refuses to engage with.

Travelling to England, Lipstadt takes on a legal team, one of which only the best will do so who better than Anthony Julius (Andrew Scott) the very lawyer who represented Princess Diana in her divorce from Prince Charles. At one stage Lipstadt explains that Irving’s hostility towards her quite simply comes down to the facts that 1. She is a woman and 2. a Jew. By no means is this case plain sailing and becomes a frustrating battle. Lipstadt comes up against opposition from British Jewish community, who are reluctant to help fund her case against Irvine and want her to settle out of court. In another change in shockingly surprising events, she also has to prove – due to English law – that the holocaust did happen with an emotionally charged trip to Auschwitz to examine the grounds of the camp.

Scenes are passionately laid bare, some with compassion when it’s most called for and others with exasperating anguish, the narrative has been obliged care and attention. However, neither Weisz nor her script makes any attempt to make her character at all likeable even if her character is the heroine of the piece and the connection of sympathy for her plight is long lost on the audience.

It’s a fascinating and infuriating story, one that maybe would have worked well as a mini-series or even better for the stage but not a full blown feature film.

Denial is out in cinemas January 27th.