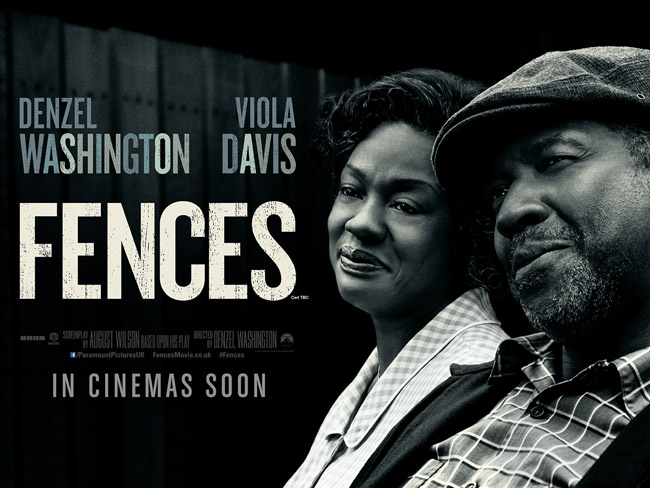 A brand new poster for Denzel Washington’s Fences has been released.

Fences, which see’s Washington take the director’s chair as well as starring in the film alongside Viola Davis, also has a cast that includes Jovan Adepo, Stephen McKinley Henderson, Russell Hornsby, Mykelti Williamson, and Saniyya Sydney.

Watch the first trailer for FENCES, based on the Pulitzer Prize-winning play, tells the story of A former professional baseball player (Denzel Washington) when he creates tension in his family when he denies his teenage son’s dream of playing college football and comes home with the baby he had through an affair.