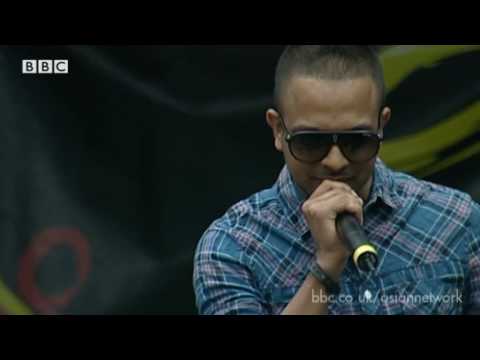 It’s Desi Flavour time again! For those of you who missed out on the first of my Desi blogs for Flavour magazine make sure you check it out as it sets the scene for this new regular section. Thank you to all those who have checked it out and sent texts, facebook messages and tweets in the last few days. Glad that you’re all embracing the Urban Desi takeover. 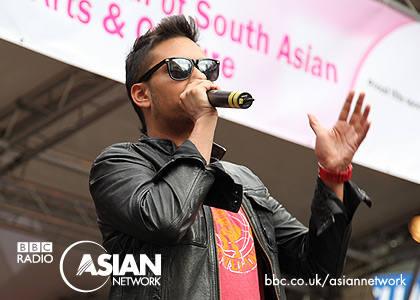 Straight to business and over the last two weeks I’ve been taking in some incredible Asian music events. First up was a trip to the Midlands to check out both the Nottingham and Leicester melas. A mela is a large South Asian festival which explores several aspects of South Asian culture such as music, dance, film and of course food! In the UK, almost every major city has their own mela every summer and mela season is well and truly under way.

Leicester has seen some of the biggest Asian acts over the years and this year’s Leicester Mela was another treat for thousands of British Asians, who flocked to the streets of the city centre for a day of incredible music. Headlining the show was the much talked about ex Eastender Preeya Kalidas, along with British Asian super producer Rishi Rich and his array of talented artists. While I’m not 100% sold on Preeya’s track Shimmy, it does feature the immense Mumzy Stranger, who has long been hailed as the UK’s answer to Sean Paul and is developing into a real star. 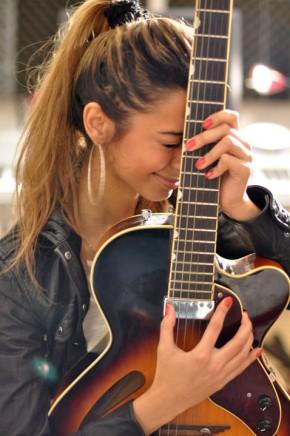 Leicester Mela also saw performances from awesome newcomer Jernade Miah, Sonna Rele and Raghav, who continued his return to the UK scene with his track So Much, receiving a rapturous response from the ladies. Just down the road from Leicester, Raghav went on to headline at the Nottingham Mela on the same day, delivering a set which included all his classic hits like So Confused, Let’s Work it Out and Angel Eyes. Nottingham also caught a glimpse of two of the UK’s most promising Asian artists Sham D and Ash King, who are grabbing the attention major UK labels and major labels in India respectively.

Later in the week I headed over to Metropolis Studios in West London, where the incredible Sonna Rele was holding a special live session. Sonna has long been touted as a talent to watch out for and her abilities as an all round musician have likened her to Alicia Keys in recent months. She’s also gorgeous and has a unique style, which actually reminds me of a younger A. Keys. Sonna has just inked a long term record deal with Sony/RCA, a sign of big things to come from a gifted British Asian artist. Check out this video from Sonna’s showcase at Metropolis Studio


Next up I witnessed what has to be the most spectacular Bollywood music show I have ever seen. That’s because it was no ordinary show, it was the legend himself, Oscar and Grammy award winning composer AR Rahman. The Lebara Jai Ho AR Rahman The Journey Home tour touched down in the UK last weekend with shows at the LG Arena in Birmingham, the O2 Arena and Wembley Arena. The show featured songs from some of Rahman’s most famous soundtracks, most notably the celebrated music of Slumdog Millionaire. The show lived up to the hype and there was a VIP after party hosted by Lebara Mobile at the Indigo2 which saw the likes of Eastenders stars Nitin Ganatra, Nina Wadia and Himesh Patel take to the ‘blue carpet’. Laila Rouass, popstar Jaya and Asian reggae legend Apache Indian also came out to support the music maestro on a very memorable night.

Last but certainly not least, the all conquering Jay Sean is preparing for another assault on the UK and US charts with his new single 2012. Jay’s teamed up with another US star after successful collaborations with Lil Wayne, Birdman, Sean Paul and Lil Jon. This time round he’s bagged the popular Nicki Minaj and it seems like 2012 has all the ingredients to be another smash on both sides of the Atlantic.


So there we have it, another dose of Desi Flavour and what a busy few days it’s been. Whether it’s the hottest British Asian talents like Sonna Rele, the biggest names in Bollywood like AR Rahman or Urban superstars like Jay Sean… it’s all happening right here on flavourmag.co.uk.