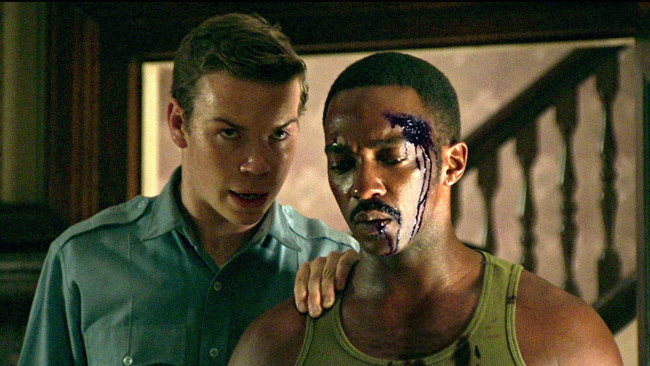 The Hurt Locker and Zero Dark Thirty’s Kathryn Bigelow has a certain type of skill in her arsenal to take human trauma and horror and evoke the deepest of emotions with such a subtle passion, her latest offering of Detroit only empowers that stockade with rich and powerful performances from a cast embroiled in respect for the retelling of an event that still holds so much relevance in today’s shameful world.

Set in Detroit in 1967, Bigelow has vowed to shade light on a lesser-known event, the “Algiers Motel incident” which evolved during the riots of that period consumed with racial hate and violence. A story of three white police officers and a black security guard who were charged only to later be dismissed with the murder of three black occupants of the motel and beating two white women. Teaming up yet again with Mark Boal to pen the screenplay of such a heinous event adding in-depth with real footage taken from the riots that were triggered by racists cops man handling party goers at an unlicensed drinking club.

As the film opens with the crackdown at the club, tensions build at a rapid pace between the local police and residents of the town, The residents want answers as fear rises amongst the authorities, but while the riots are gaining credence, those inside a local concert hall are enjoying the spoils of Motown inspired singers including Larry Reed (Algee Smith), lead singer of soul group the Dramatics who doesn’t quite get their chance to perform on stage for the first time as the venue gets shut down. As the group disperse home for safety, Larry and a friend end up at the Algier’s Motel, becoming acquainted with two young white girls. As the residents of the motel party, one group play a prank letting off a starter pistol. Meanwhile, Dismukes, played by John Boyega, is starting his night shift as a security guard as the national guard are brought into try and take control of the rising tensions on the streets, decides there is only one way to approach the situation, by offering his services to keep the peace and offer the guards hot beverages. Until, that gunshot rings out across the night skies bringing with it a police swoop on the motel lead by racist cop Kraus, played by Will Poulter and his equally hateful colleagues Demens (Jack Reynor) and Flynn (Ben O’Toole), whilst Dismukes tries to engage with the situation by trying to calm the situation.

Bigelow hasn’t pulled any punches of intensity, throughout the interrogation scenes of the innocent lives that are at the mercy of brutality, every last beating packs an almighty kick to the gut. Emotions run high at the despicable acts of these macho-white, self-entitled cops especially at the hands of Kraus who is portrayed with such venomous hate by Poulter, who by far gives a career defining performance.

Bubbling like a boiling pot of anger, Detroit is filled with a grave reality that some humans, due to lack of education and their own blinkered views, are just plain evil. Effective and affecting, Detroit will stay with you for days and will raise an anger within the pit of the stomach at not just what these poor innocence victims went through fifty years ago but what our world is still having to endure in this very day and age.

Detroit is out in cinemas August 25th.