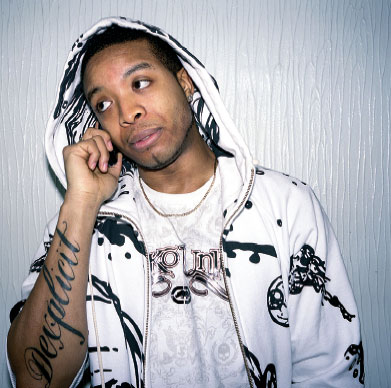 Starting off with a strong foundation in hip-hop production, and since moving onto garage, bassline and grime, Dexplict has become a highly respected producer and DJ. He was behind the hit record ‘Pow’ in 2004, a track that despite being banned from the radio and clubs, is now still widely played in both. Whilst his focus at the present is primarily in grime and baseline, he is still bringing his hip-hop and bashment influences to his production, creating a unique and highly recognisable sound and making his music stand out strongly.

“I’d say grime is my favourite. Grime is a bigger scene than the bassline scene. It’s stronger than ever right now I’d say. We’ve got so many people that shout out grime now. It’s changed the position of everything. I think back in the day there were no millionaire MC’s the scene had a different vibe to it. It was more like a grime scene, not a grime genre”.

Dexplicit is about to do something very different with his next project ‘The Dex Files’. He will be releasing 12 instrumental EP’s over the space of 12 months, with the first released on February 28th.

“This project is to create a new way to release music, as opposed to having one release and putting it out like most people do. Trying to create a different way of doing things. The essence of it is just more interaction with the people that’s actually buying it”.

‘The Dex Files’ is not just a straight forward instrumental release, as Dexplicit has put a twist on it to make it more interesting, allowing his fans to interact with the project, “My whole aim is to try and get the people who support my music to feel like they are part of the releases. When the songs come out with the artists on I want them to feel like it was their choice, they created the release”.

After each EP is released, fans are then invited to vote on what instrumental they want off of it to be vocalled by an MC, by going on the thread on Grime Forum or tweeting #ThatBassLife, “I can see what people actually like, because their picking the tune that they like the most, the one they want to hear vocalled. I’ll have my favourite MC’s”. The track that was voted for and vocalled will then be released as a single along with the next EP, “It’s also about what tunes people like the most on each EP, it’s market research at the same time”. The roster he has is top secret right now, but I think we’ll be in for a few nice surprises.

As a sampler of kind of what to expect Dexplicit has put out a remixed version of Tulisa’s ‘Live It Up’ featuring Big H. He explains the method behind this free download, “That’s not really an example. I did that remix for Tulisa already. H’s studio is around the corner from my house, so he’s local to me and he’s a great MC. That was the only thought process behind getting him on the tune. The rest will be different because I picked this tune”.

To celebrate the release of the ‘The Dex Files’ a competition will be running where one aspiring MC will win 6 hours studio time with Dexplicit and a studio engineer. To enter the MC’s must spit at least 64 bars over a Dexplicit instrumental past or present, with Dex himself choosing the winner.

“If I pick them that means I really like them. I’m a guy that’s very not so much about names; I’m more about skills. I’m about up and comers; they’re the future really. I would have picked them because there heavy so I will do stuff with them. I deal with up and coming MC’s and producers now. I do tutoring in my studio for up and coming producers regularly”.

When talking about the musical influences other than grime that we will be hearing in the instrumentals he says, “There will be a few. Grime is the ethos of the EP but there are influences from dubstep, hip-hop, raga, garage, you’ll know what I’m talking about when they come out. I’m releasing so many, so I’m trying to be experimental to keep them different. There will be lots of different influences even changes in tempo”.