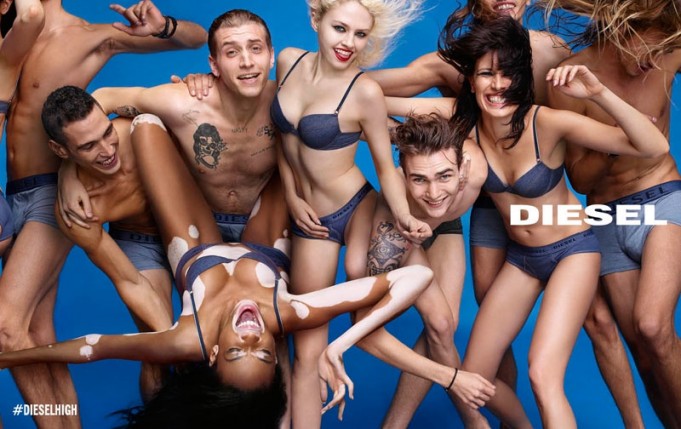 If we had to choose and ad campaign that represented the look and feel of Flavourmag.co.uk, the new Diesel 2015 ad campaign would pretty much be at the top of the list.

With it’s message of “rising above, being tolerant, inclusive” and loving everything, this ad campaign should have been shoot and copyrighted for us, unfortunately Diesel got there first.

The images feature Charlotte Free and the very special Chantelle Winnie who we recently featured in our Models To Watch In 2015 and living with vertigo, her positive and ambitious outlook on life is just as enchanting as her looks.

“There are so many crazy things happening now that you don’t see people just having fun anymore.  The challenge was to work with an avant-garde photographer, Nick Knight, and get him to do something he’s rarely done – which is shoot people smiling.”