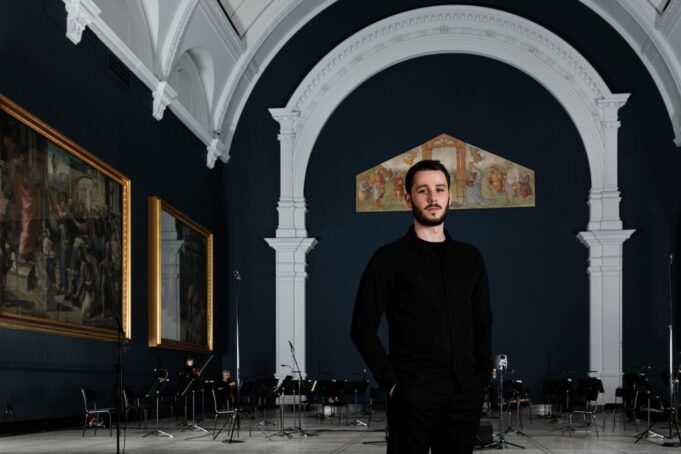 ‘Live at the V&A’ presented by Oliver Zeffman, on Marquee TV and Apple Music now

Over the past year or so, the creative industries have been one of the hardest hit, with venues closed and revenues shattered. Even with government support, orchestras, dance companies and other performers have been unable to even rehearse together, making the creative pursuit in itself far more challenging. But if there’s something warming to come from all this, it’s the coming together of creatives and pioneers to solve the problems thrust upon them. We’ve seen great innovation and – inevitably – an accelerated shift towards the digital that stands out even now as things start to open up. 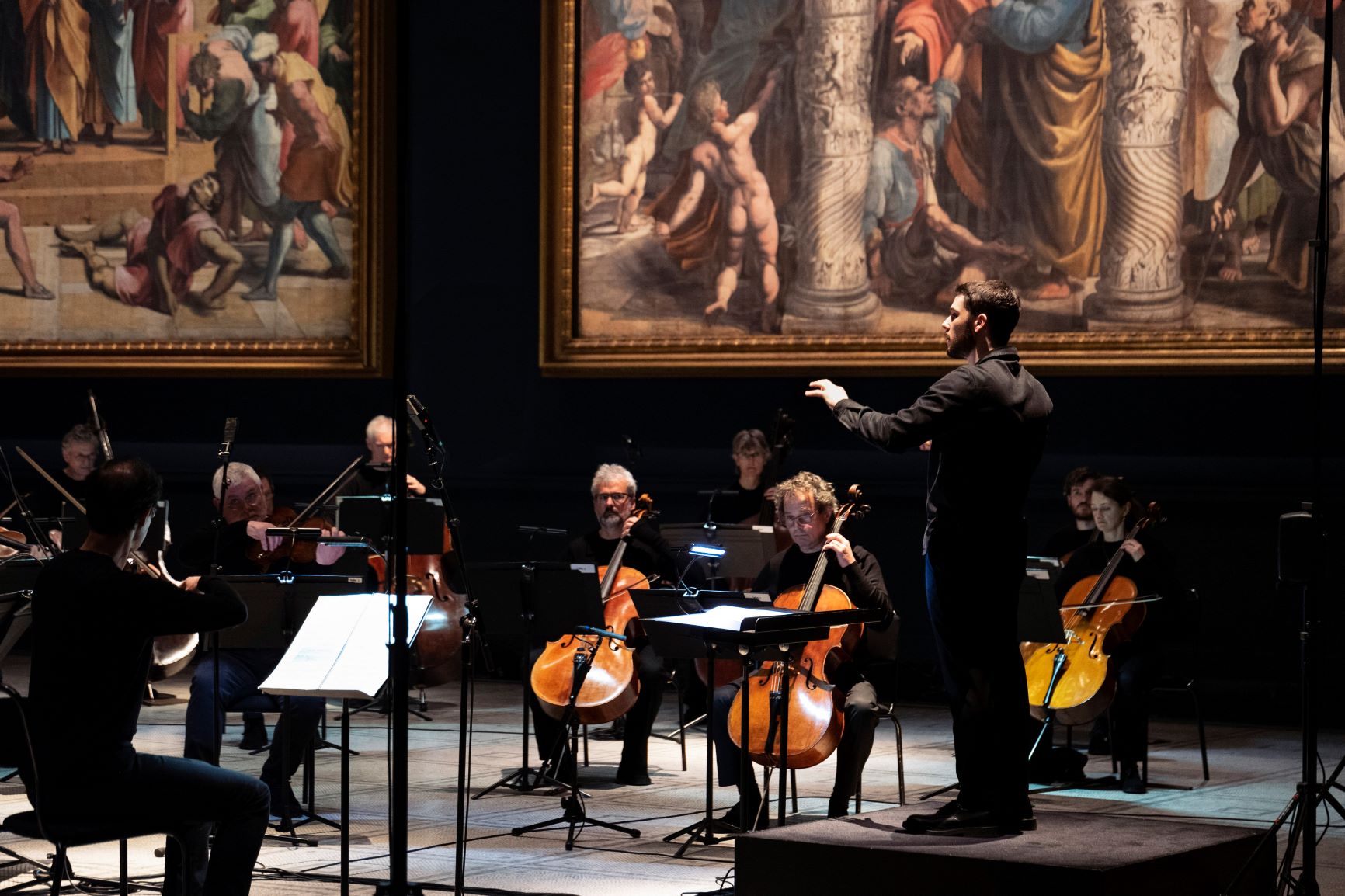 If you’re lucky enough to live in or near a city like London, you might also be lucky enough to have got hold of a ticket to a recent performance or a slot to visit a museum. But if not, one thing we’ve learnt is that there are options out there, courtesy of technology and the world wide web. The quality of digital performance has notably improved, with online, global audiences expecting more from their viewing experience. No longer is a single point camera capture from the back of an auditorium enough…audiences want to be part of the action, they want to feel closer to the emotion, and walk among the players. You might have seen the term ‘phygital’ spattered across the pages recently – the word hasn’t yet made it into the Oxford English Dictionary, but it’s only a matter of time.

Another positive is how organisations have come together to co-commission and co-create new content. ‘Live at the V&A’ is a great example of this, with forces joined between the V&A, Apple Music, young British conductor Oliver Zeffman and Marquee TV, the global streaming TV service for dance, opera and theatre (coined the ‘Netflix for the arts’). ‘Live at the V&A’, commissioned by Marquee TV and released by Platoon, was recorded in the V&A’s newly refurbished Raphael Court, with the Academy of St Martin in the Fields and world-famous violinist Viktoria Mullova. 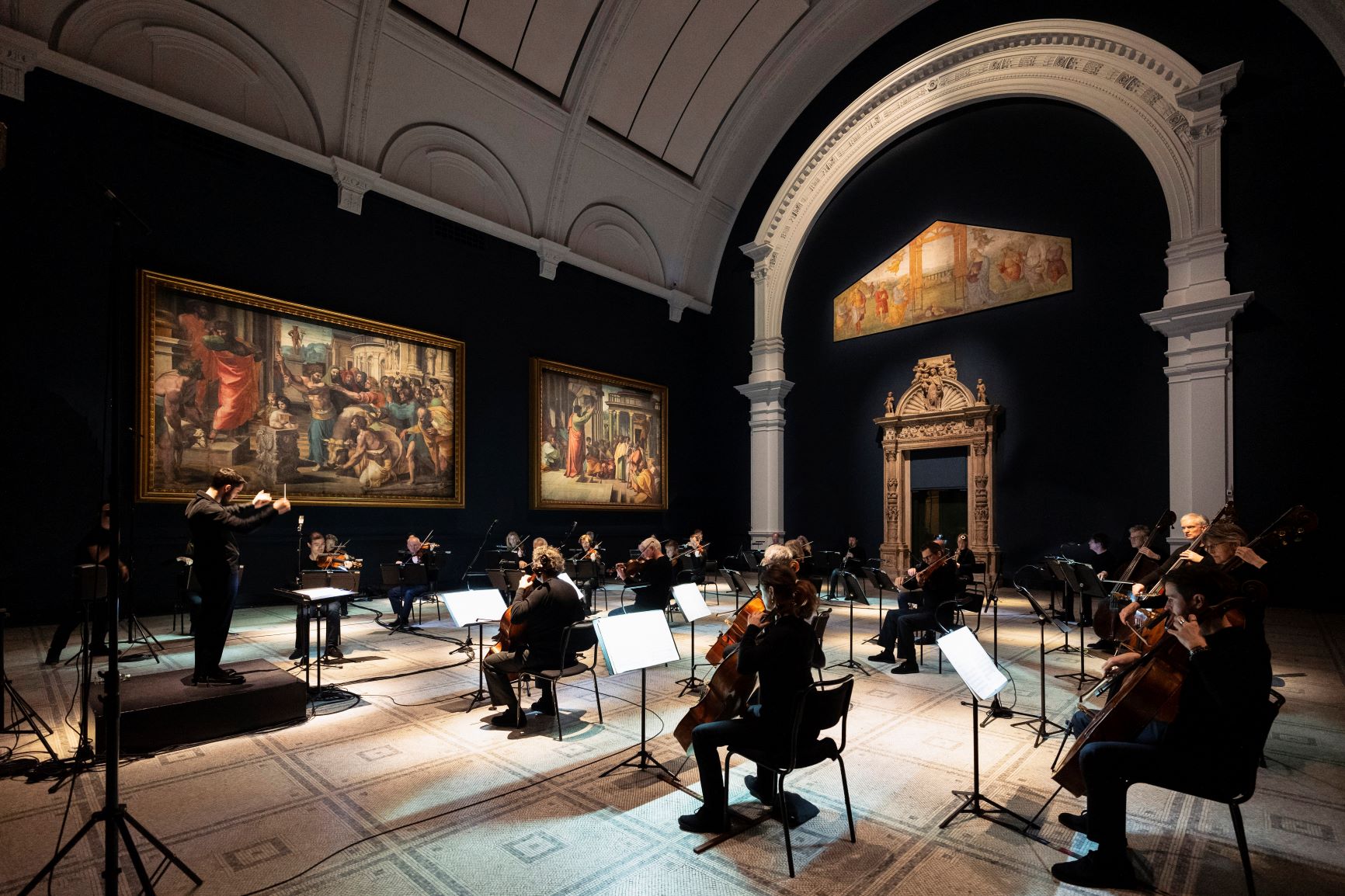 Few young musicians have responded to the challenges of the pandemic with such creativity and ambition as Zeffman. Already established as one of the most distinctive conductors of his generation, he last year commissioned an opera-film, Eight Songs from Isolation – also available on Apple Music and Marquee TV – from eight leading composers, garnering international acclaim. His latest project, Live at the V&A looks set to bring an equally fresh, visually-focused approach designed to resonate with a global, digital audience. Though no audience was present, ‘Live at the V&A’ was recorded ‘as live’, giving viewers a sense of the performance rather than a heavily edited recording session.

Museums are by their very nature visually engaging – as architectural spaces in their own right but also because of the art exhibited within those spaces. Committed to finding better ways for the performing arts to engage with digital audiences, and working with Marquee TV and Platoon, Zeffman’s repertoire is, therefore, one in dialogue with the setting – the V&A’s Raphael Court, reopening this month following a landmark renovation in 2020. The gallery is home to the Raphael Cartoons, among the greatest treasures of the Renaissance in the UK and lent to the V&A from the Royal Collection by Her Majesty The Queen.

“There are few locations more stunning than the V&A’s Raphael Court, surrounded by the Raphael Cartoons, and I’m very excited to be able to showcase this newly-renovated space for the very first time. I’m particularly glad to be partnering with the V&A on this project and pleased also that Platoon and Marquee TV have continued to share in my vision for creating engaging digital performance content. I am also delighted to be working again with the Academy of St Martin in the Fields and of course I’m thrilled to be recording with Viktoria Mullova, who has always been one of my musical idols.”

‘Marquee TV is delighted to be working with Oliver Zeffman and Apple Music by supporting this innovative and visually exciting production in one of London’s most prestigious institutions. Whilst we all look forward to attending live concerts as we come out of the pandemic year, we are also dedicated to demonstrating how filmed performances can offer something new and inspiring, to complement the live experience with all the possibilities of a hybrid future.’

‘Live at the V&A’ is available to watch on Marquee TV and Apple Music or go to platoon.lnk.to/liveatthevanda