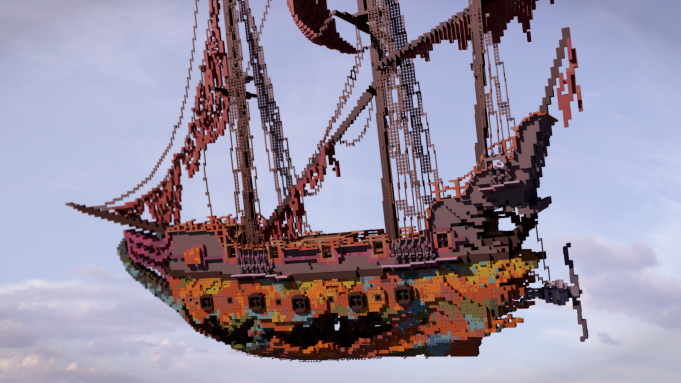 To celebrate the release of PAN (in cinemas Friday 16th October) Warner Bros. Pictures has teamed up with BlockWorks to create a unique PAN Minecraft experience. Players will be able to discover the world of PAN within two exclusive games, evoking the adventure of the film.

Players can log into the PAN server on Minecraft with the address maps.panmovie.net and will then discover two thrilling mini-games:

Full instructions and details can be found here – Game.PanMovie.net

Peter (Levi Miller) is a mischievous 12-year-old boy with an irrepressible rebellious streak, but in the bleak London orphanage where he has lived his whole life those qualities do not exactly fly.  Then one incredible night, Peter is whisked away from the orphanage and spirited off to a fantastical world of pirates, warriors and fairies called Neverland.  There, he finds amazing adventures and fights life-or-death battles while trying to uncover the secret of his mother, who left him at the orphanage so long ago, and his rightful place in this magical land.  Teamed with the warrior Tiger Lily (Rooney Mara) and a new friend named James Hook (Garrett Hedlund), Peter must defeat the ruthless pirate Blackbeard (Hugh Jackman) to save Neverland and discover his true destiny—to become the hero who will forever be known as Peter Pan.

PAN is released in cinemas across the UK on Friday 16th October, with national previews on Saturday 10th and Sunday 11th October.