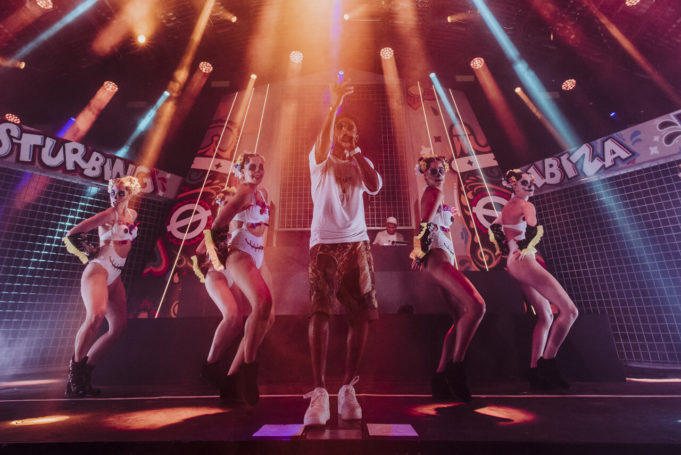 Tinie Tempah will be hosting a 14 week season from June to September at Ushuaïa, Ibiza for it’s biggest year yet.

The residency has become one of the islands biggest nights, selling over 75,000 tickets last year and changing the landscape of Ibiza nightlife. Previously hosting some of the biggest global names in hip-hop, r&b and grime such as Snoop Dogg, Akon, French Montana, Dizzee Rascal and Lethal Bizzle, this year promises to be bigger than ever.

Every Wednesday, Tinie Tempah and DJ Charlesy will bring together a line-up of the world’s biggest artists from hip-hop, R&B, grime, afrobeat, Old Skool Garage & UK rap. A night like no other on the island, Disturbing Ibiza opens officially on 6th June – 19th September. Disturbing Ibiza 2018 will be our biggest so far. Having spent the first quarter of 2018 securing the biggest names from the UK & around the world, our line-up will shake things up on the island…more that what we have already!

Disturbing has become a staple across the globe with its widely celebrated events in London, Dubai & Ibiza as well as festival stages and one-off big shows. Disturbing Ibiza has firmly established itself as a mainstay in the Ibiza calendar, becoming one of the most successful nights on the island in 2017, with 5000 attendees each week.