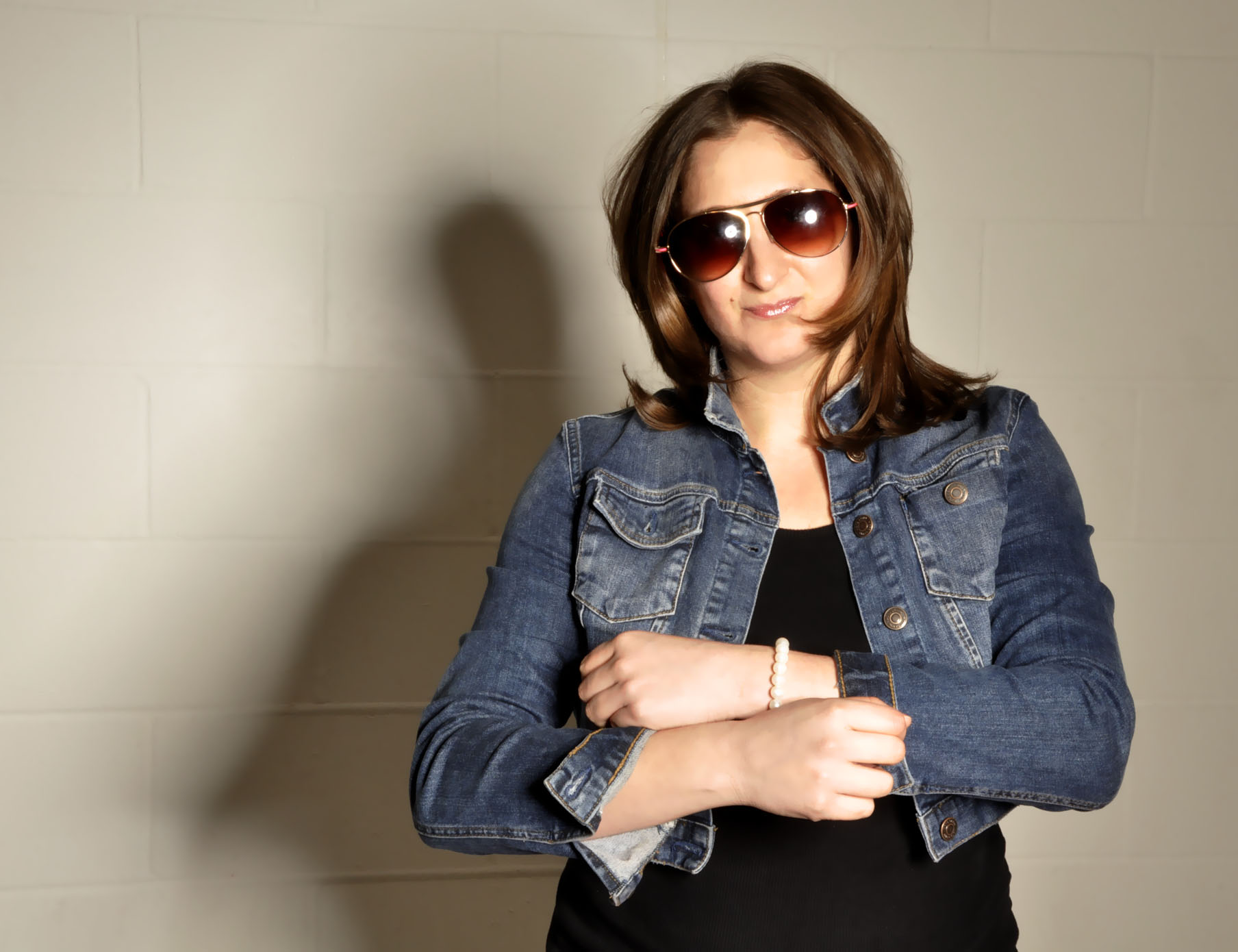 Honey G who recently performed on the X Factor and has caused a media frenzy with her rap music, metallic clothing, snap back cap and her uncanny resemblance to former British Prime Minister David Cameron.

Honey G’s real name is Anna Gilford and although her linkedin profile states she has been in recruitment for many years, Honey G is also female DJ, Producer and self taught musician.

Honey G has been composing music since the late 90’s and is making production her main focus, hoping to work with up and coming vocalists and MC’s as well as established artists. She spoke with us to talk about her career.

How did you get in to DJ’ing? A friend at uni had decks and I decided to buy my own.

Describe yourself in 3 words?
Kind, determined and confident

Was it difficult to be taken seriously as a female DJ when you first started your career?
I’ve had a break from DJ ‘ing for a while as I’ve been trying to  focus more on producing but definitely yes when I first started out  (years ago) some female DJ’s would get paid less than men. This was one  of the reasons why we launched an all female line up night in Manchester in 2001. We wanted to create more awareness and promote female talent.
Do you think the DJ circuit could do with more females?
Always, Although I am not as hands on as I used to be things are a lot different nowadays I would have thought, I’m sure things have moved on a lot more  and females can command higher fees and get recognised easily.
What do you think about celebrities turning their hand at DJ’ing?
Yeah sure why not, I did think it was quite funny one of the guys from Take That  was DJ’ing in  Ibiza years ago – not knocking him – I haven’t heard him but I’m sure he’s quite good to get bookings in Ibiza.

What is the clubbing experience like abroad compared to the UK?
I was in Cyprus and it was my fist time DJ’ing abroad. I found it tough to survive out there alone winging it. When I went out to Napa – I had no  contacts but managed to get a residency once I arrived. Plus I had only  been DJ’ing 4 months when I arrived.

You play the Guitar and Piano, is there any other instruments that you would like to learn to play?
Drums – I love drums – Always composing new beats, motif’s and patterns – I get a kick out of it – it drives me.

You also produce music, do you have a specific sound?
Mostly Grime combined with Good vibes.

If you could produce for any artist, who would it be?
Rihanna Who are your musical influences?
I listen to Chris Brown day in day out, J holiday, Bobby Valentino.

What did you want to be when you were little?
I grew up playing tennis  to quite a high level and won quite a few tournaments, but did not make  it past the regional competitions, so did not quite make it to  Wimbledon.

What do you like to do in your spare time?
Apart from making beats, sports – windsurfing and watching action movies, specifically Jason Statham, who I am a big fan of.

Where is your favourite holiday destination?
Brazil

What has been your biggest achievement to date?
Making a living for myself

Where would you like to be in 5 years time?
A producer at a professional level, driving a Lamborghini.