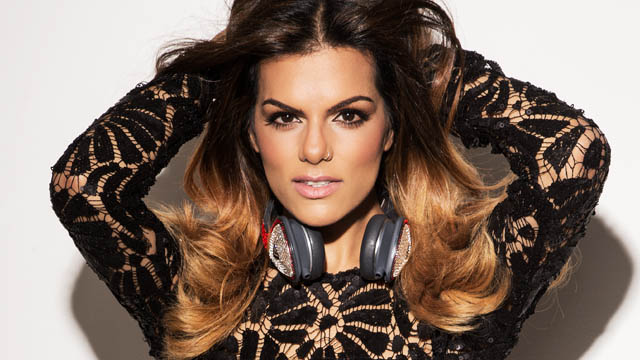 Early last week, Flavourmag spent time with the rather beautiful DJ NEEV at the KISS FM headquarters and what a day. We had a personal tour of the studios where we saw the institution that is SHORTEE BLITZ with DJ MK blazing up an afternoon show, before watching NEEV drop her hugely popular morning show from 9-12pm Monday to Friday.

After that, I sat down with NEEV where we chatted about her ascendancy as one of the prime presenters at the legendary KISS FM, Rihanna being her BFF and of course her leading role for the KISSTORY brand.

In the first of a three part interview, we talk to her about her determination to succeed in the media industry and the aspirations she set herself despite obstacles to enter media.

(Look out in the last part of the trilogy interview, NEEV supplies Flavourmag with a fully loaded soundcloud mix for FREE-now that’s tidy!)

A JOURNEY OF A THOUSAND STEPS BEGINS WITH…….

Being in the media or a radio presenter was not an acceptable profession when I started. It was not seen as a job and I literally had to fight with my dad for at least five or six years to prove to him that I could make it.

At sixteen, my love of music really blossomed and I started playing guitar in a rock band at school. You tend to form different loves in music as you mature so when I went to college I got into hip-hop and dance music. Once that happened then the mixing came in and the wish to have turntables and mixing started this love. It made me realise that my love for presenting and my love for music could partner up.

I needed experience and so I literally worked at every radio station imaginable for free-got to tell you I learned to make the most amazing tea! I worked as receptionist at a radio station, I then read the traffic and weather for a live show and I literally did everything that I could possibly do. I was really lucky in truth because I got my own show on an Asian radio station, even though Asian music was not necessarily what I liked. I realised my opportunities would come from the station and I was not one to say no. ‘NEEV… BEING A RADIO PRESENTER IS NOT A JOB’
Being in the media or a radio presenter was not an acceptable profession when I started. It was not seen as a job and I literally had to fight with my dad for at least five or six years to prove to him that I could make it. You are out late nights and he was wondering what kind of job I was doing; ‘you are never at home’ it was a major challenge. Luckily my mum was hugely supportive of me she would be like, ‘I will tell your dad you are at the library’.

It is great because the Asian community (and my parents) are really proud of me now because they have seen my journey. There is an enormous Asian community who listen to KISSTORY so it is great that I have broken barriers. It’s great getting young Asian kids coming up to me saying that their mum and dad are cool with them pursuing a career in media because I have made them see that it is ok you can make a career of it-that fills me with a lot of pride.

Part 2 and 3 of this exclusive interview with DJ Neev will be published right here on Flavourmag.co.uk so keep it locked.

KISSTORY is available on DAB Digital Radio across the UK. Also get KISSTORY Player online,Freeview TV channel 714 and the free to download KISS KUBE mobile app.

In order to receive the station’s digital frequency, make sure you re-tune your DAB Digital Radio to get the most up to date stations including KISSTORY. For more information on how to do this, head to www.getdigitalradio.com/retune