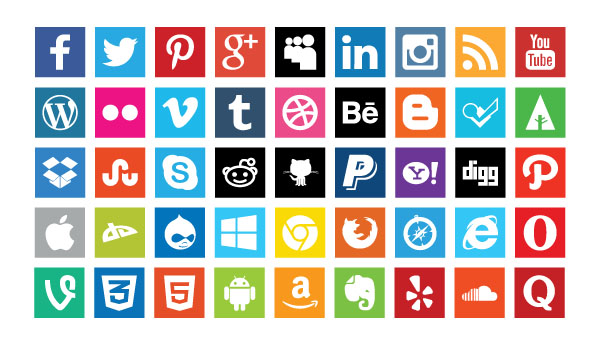 From the popular social media site MySpace we have indeed been consumed with every social networking site known to man and woman, from; Facebook, to Twitter, to U Pin, Google Plus, to LinkedIn to however many.

It just all seems too much as the need for phone numbers reduce because rather than ‘here’s my mobile’ we encourage each other to catch each other on our respective social media pages and drop a DM. Further than that how about the incessant need for people to update on the most trivial of matters from what food they are about to eat- dammit just eat the food for crying out loud to selfies of someone’s pert derriere (I do however think this is a much needed service).

The facts are people would be absolutely lost without some form of social media site and no matter how much someone fights, ‘I just don’t see the point in them’ they eventually succumb and enter the matrix of social media where acronyms, pics and links to someone’s latest musical hit are the norm.

Despite deriding the phenom that is social media there is of course a purpose to social media sites and you would be a fool not recognise that there are benefits it just depends on the way social media is used. Social media’s position as a tool for the transfer of news at break neck speed is cemented as we ALL have become reporters bringing news way before the people whose job it is to bring news know. From the most trivial to more serious matters, social media makes news happen in real time as smart phones and social media work in perfect unison-an hour is a long time in fresh news.

Of course the speed and the ease to bring news has its down side and if you’re a celebrity intent on a car crash of a night and you get caught vomiting down an alleyway with the strong smell of ammonia burning your nostrils the facts are some curious social media lackey will be there to catch you and post that picture top speed. On a more serious note of course the accessibility to social media means news has no filter and whether it is gory, taboo, used as propaganda it can and will be tweeted. Even if said material is removed, like I said, an hour is a long time in social media.

The addictiveness of social media sites is evident. The fact that your ‘followers’ or ‘friends’ can delude you into a self obsessed importance because your followers increase daily or you see followers interacting with you more and more. You of course create a cyber world of friendship and popularity that does not really exist. We look at our followers who respond with vigour for some of our funny tweets or idiosyncratic observations with the usual acronyms ‘lol’ and we lap it up with an idea that we are popular when in fact we know but a handful of the people who follow us or indeed have only met a handful of the people who follow us-of course this delusion can be curbed by careful vetting of said ‘followers’ or ‘friends’. Further than that the manipulation of followers etc is as easy as a quick search of the internet for an extra thousand followers. The tell tale signs of bought followers are always there (and I am sure you can work it out) but this manipulation is evidently a powerful promotional tool particularly if you are in the media industry say the music industry. Said press releases will proudly announce that an artist has a million followers, or a track has had a million hits ‘bullshit’ comes to mind when you hear these mediocre tracks that are of course ‘bullshit’

There will always be room to see the bad side of social media think people who use the tools to target and groom youngsters (always unsavoury) but to say do we have too much…. probably not. I expect there will be a time when social media reaches saturation point but the bucket load of new social media sites bringing slight additions to what they can do as a social media sites is reflective of what people want-and it seems we still have not had enough of instantly conveying what we are doing or indeed how we are feeling to our fake or real followers.

It’s brought a legion of people who do have talent the chance to promote themselves, it’s opened the doors to people who might not have had a chance in hell to enter the glare of the media to enter it, its opened the media world and brought more accessibility and it’s made news instant and has even helped to warn people of danger-social media has brought even more information to an already heaving information highway and it now depends what we as consumers take as truth and bullshit.