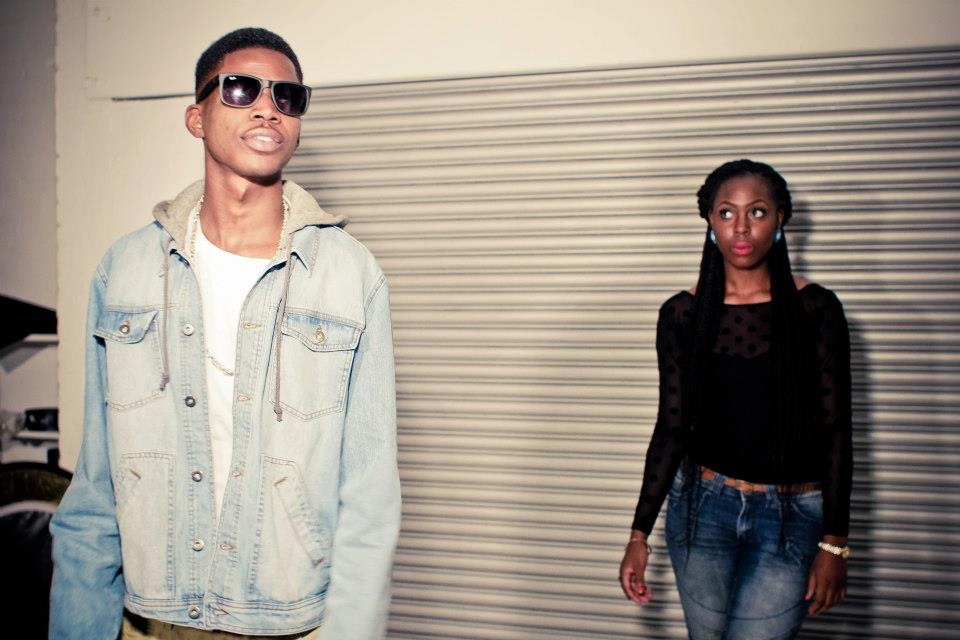 When you listen to DoctaDee’s music, age is strictly off limits. His expression packs enough punch to keep the listener faithful, and it’s no secret that big things are on the way. Not only is he finally receiving mainstream attention, even award winning Nigerian artist Kas “Fi Mi Le” who has sold over one million records also boasts of  his budding potential.

Hailing from London where talent is plenty, but also growing up in a small hood where success is limited, DoctaDee is conscious of this opportunity he has maintained. After just conquering Africa, D’Banj recently infected the UK with his Afro-Beat vibes, and with a fearless approach DoctaDee is also ready to begin his musical journey as a song-writer and rapper with his debut single ‘Tele Mi’ featuring Shimzie.

Everyone is singing and dancing these days, even rappers, but what makes you unique?

I’m bringing my background mixed in with my flavour and that UK swag to the microphone. I’m unique in the sense as this is where I was born, but with my first single I mixed my heritage just to introduce myself as a young UK artist from Nigeria.

What’s your family life like, at home are you still Dayo, or are you DoctaDee, the rising superstar?

At home I’m both…[Laughs] Most of the times I am stuck in my little room writing music and other times I’m playing football with my brothers or just catching jokes. I also want to give my parents a big shout for not raising no fool.

Do you see yourself as more of a performer or rapper?

I’ve grown up in church so I’ve lived for performing, I thrive off performing! I see myself as both. I love writing music which I’m in love with, but I get this thrill in also performing live in front of a lot of people.


Many people currently hail D’Banj as the man championing Afrobeats across the world. Are you hoping to follow in his footsteps?

I’m inspired by what he has achieved for Nigerians, but at the same I am a different kind of artist. I see him as someone who has paved the way for everyone else.

D’Banj recently signed a deal with Kanye West. That must be really inspirational for you as a fellow rising artist….

That is inspiring! Hopefully I can one day get a call from 50 Cent, and we can do some business. Shout out G Unit! If you bumped into 50 Cent after this interview, what would be the first thing you’d say to him?

I’d probably start to list all the songs I know in my head, which hopefully would not scare him [Laughs]… I would obviously, tell him how much of a big fan I am, and how long I’ve been following his music.

Are there any UK rappers who you’d like to work with?

If you could pick one performer to be beside yourself, who would it be and why?

It would have to be 50 Cent with Yayo as my hype man!

What influences your music the most?

Let’s talk about how you linked up with Jeff Jones and Kas “Fi Mi Le”. I understand a bit of luck was involved…

I linked up with Jeff through one of my friends [Ayo aka A100], and ever since then he’s been a mentor to me. I’ve also grown with Kas and I’ve seen his transformation from  a drummer to now a big producer.

What’s the concept behind your debut single, ‘Tele Mi’?

Firstly it’s a song for the ladies; it’s also an anthem for the guys too. What it basically means is we’re trying to get someone we like to follow us, and the lyrics boast about our attempt to pull a certain crowd. It’s also a celebration song.

Why do you think the Afrobeats scene has become so popular?

I just believe its time as there are a lot of talents in the genre, and it will eventually become a popular category when we look at the result of D’Banji.

How do you feel about the UK Afrobeats scene?

I think it’s fully ready to be a problem because without afrobeats being played in most clubs you can’t really enjoy yourself. I think it’s the right time for someone to hold the torch up for afrobeats here in the UK.

For more information on DoctaDee follow him on Twitter @DoctaDee. You can also check out his debut single, ‘Tele Mi’ below.