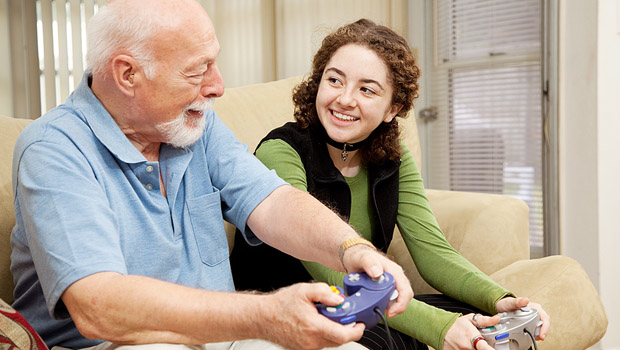 It all started when my Aunt added me on Facebook a few years ago. At that point I realised that the online world that I thought was the domain of digitally-savvy twenty-somethings like myself and my friends, was changing. I could just about get my head around my Dad checking train times on his ancient PC, but to see my Aunt social networking with her coffee morning friends on her laptop was something else.

Of course, now we’ve reached 2014, it’s obvious that a generation of ‘Internet-Age Pensioners’ is now emerging; a swathe of over 60s where the majority are ‘silver surfers’ and idea of Gran struggling to send a text message is well and truly outdated.

Are over 60s now digital natives?
This has been confirmed by recent surveys that have shown that over half of over 65s have been online in the past three months, compared to only 30% in 2009, while 68% of over 60s now have access to the internet, compared to only 44% in 2009, according to the ONS. Almost half of over 60s also now own a smartphone or tablet according to a survey by retirement property developer McCarthy & Stone.

With gadgets like the new Kira ultrabook from Toshiba and Microsoft Surface 2 now lighter and easier to use than ever before, it’s perhaps no surprise that they’re being embraced by every demographic, even those who traditionally might not have been expected to use them.

Social silver surfers
Even though most of those over 60s surveyed are using the internet primarily for news updates and shopping, 65% said they have a social media account (65% of those surveyed had a Facebook account), and 45% said they regularly watch TV online. So it seems that pensioners are now completely comfortable with using laptops, tablets and smartphones for communicating and traditional offline activities.

Health benefits
There are well-documented health benefits for pensioners who are web and gadget savvy. Alzheimer’s could be staved off by using the web on gadgets, scientists have suggested. Dr Gary Small, an expert on ageing at the University of California Los Angeles, has said: “Our findings point to an association between routine internet searching and neural circuitry activation in older adults. Google, more than ordinary reading, stimulated the brain regions controlling language, reading, memory and vision.” The study by UCLA’s Memory & Ageing Research Center, used 24 adults aged 55 to 76, at least half of whom regularly searched for information online. Dr Small added: “It seems people who are more adept with internet technology are likely to remain mentally agile.”

Research also shows that internet use can cut elderly depression rates by 30 per cent. The results of a US study have suggested that regular internet use may help combat feelings of isolation and depression in older adults. So it seems we should definitely be encouraging Gran and Grandad to get online and keep using those gadgets. And make sure your Mum and Dad have Facebook accounts too. Just don’t add them as friends.