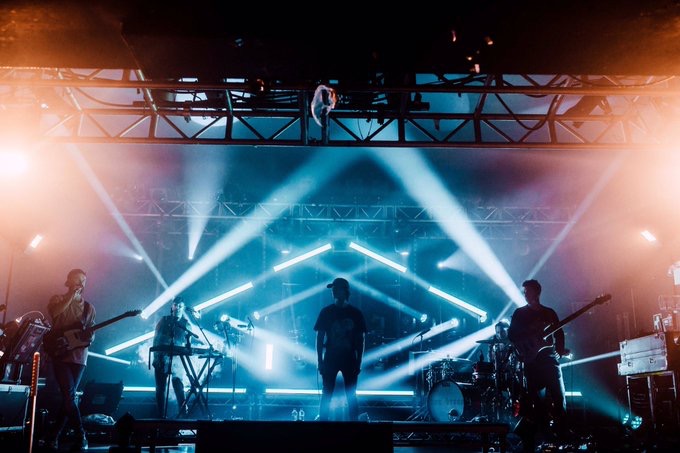 Don Broco somehow managed to take the show to an impressive new level on the latest leg of their UK tour, as they headline Engine Shed, Lincoln for the very first time.

The band have come a long way since they first broke onto the scene, continuously delivering infectious visuals, high energy and refreshing new albums which have peered into different genres. However, over the course of the years they adapted in a way that remains authentic.

The Bedford four-piece, who are right at the top of the alternative music scene, brought an electric presence to the evening, from incredible guitar solos to front-man Rob Damiani, not missing a single note – each band member owning the stage in a very distinctive way. Despite headlining their biggest UK show last November at Alexandra Palace, you would have thought it was impossible for Don Broco to raise the bar they had set themselves that night. Yet with the band’s latest album ‘Technology’ having been released this February, the guys had a fresh bunch of material to play with – which only sparked new highs of momentum from the crowd.

Day one fans were further rewarded with a variety of tracks from each of the band’s albums, bringing a passionate atmosphere to the evening – especially during ‘Nerve’, an iconic song for the band.

Don Broco easily delivered the most intense show imaginable. A real band, playing real music true to themselves and the atmosphere at each show reflects this.