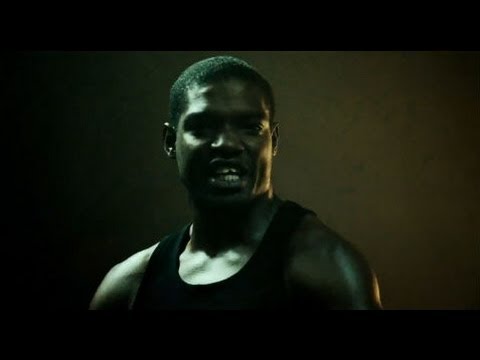 After releasing a series of hot mixtapes independently, south London-based MC and producer Dot Rotten has finally been picked up by Mercury Records and Takeover Entertainment. He joined forces with Cher Lloyd and Ghetts last year on ‘Dub On The Track’, he then hit us with his debut single ‘Keep It On The Low’ and is set to release his first album later this year, so looks like we’re going to hear a lot more from him. Without further ado, Flavour introduces to you, Dot Rotten…

Where did the name Dot Rotten come from?

I started hanging around with the Essentials, and K Dot was an Essential, he suggested that I change my name, T Dot C at the time, to Young Dot. Then I changed my name to Dot Rotten because I wasn’t K Dot’s younger anymore.

Tells us about your background, where did you grow up?

I was born in King’s College Camberwell, moved to my first house in Streatham, where I lived with my mum and dad until about the age of two, don’t even remember, it was such a long time ago. You know how things go, parents break up… Moved to Stockwell. My granddad used to be a frontline man, used to play in sound systems, so I used to hear a lot of reggae music.

Which artists have inspired you?

It can go from Mr Frankie Sinatra to Elvis to, I don’t know, I like rappers, so Pun, Big L, Biggie, Pac… And then old-school singers, the greats, I’m inspired by Sting, Tracy Chapman, London UK-wise, pretty much majority of the people doing their ting inspiring me.

How old were you when decided you wanted to pursue music and take it seriously?

From the age of 11, I started going on pirate radio stations, when I was about 13, 14, I used to try and jump on whoever’s show it was. I used to try and jump on a couple of SLK sets with Flirta D. There was a rave called Top Boy that N Double A put together and I was spitting next to Bashy and Special Delivery; back then there was no official way to get in, I just tried whatever I knew.

What direction would you like to take your career?

I want to maintain in my artistry and continue producing; hopefully I can kick that off on a bigger level soon, got a couple things that are going to go on my CV, I’ve sent some music over to a couple of big people. Once their albums drop, my CV will rise and people will come to me for more work. There are a lot of avenues I want to explore, but until I’ve reached a level of success in what I’m doing now, everything else is on hold.

When can we expect the album?

The album is entitled Voices In My Head; it’s meant to come out late this year.

What kind of vibe will we get?

That’s classified information – when you buy the album you’ll know.

We read somewhere that you had a beef with Wiley – can you clear that up for us?

I had a beef with Wiley… yeah, we had like chicken, chips, beef, rice and peas.

Who would you like to collaborate with or produce for?

I’d like to produce for Kanye, Jay-Z, Drake, Janelle Monáe… a lot of people, to be fair. From anyone underground to overground. To put names on it is unfair because there’s loads of people that I like. They’re just American names that come to mind, but I’ll produce for anyone as long as they’re talented.

I had my first long relationship when I was 12, and that was for three years.

Who was your celebrity crush while growing up?

Mariah Carey – I remember sitting in my front room, like 10 years old, five in the morning, The Box comes on, the song ‘Fantasy’, I think, where she’s got the roller blades on, she’s on a roller coaster… What! Don’t get me started! [Laughs] Big up Mariah!

I set my kitchen on fire. I was cooking pasta and there was a plastic tray hanging over the side of the cooker, but you know, like, it’s at that distance where you don’t really notice it. Went in the front room while the pasta was boiling to watch CITV at 15, then suddenly there’s bare, black smoke everywhere.

What country or city would you most like to perform in?

The one where everyone ends up when world disaster happens.

If you could meet one person dead or alive, who would it be?

God, because I would like to meet the creator and exchange words.

What’s your most embarrassing childhood memory?

What is your most favourite album of all time?

If you were stranded on a desert island, what three things would you bring?

Electricity, somehow; a woman, somehow; and all the knowledge I need to survive on an island with barely any provisions. If you’ve got enough knowledge you can make a raft out of a tree; if you’ve got enough knowledge you know what plants you can eat, what plant you can’t eat. It might actually not be good to have a woman there – there’s no Babyliss hair straighteners, there’s no make-up, no MAC, no nothin’.

What do you have planned for us in the near future?

Nothing is guaranteed in life, but I guess I wanna make something of myself; we’ll see how it goes.