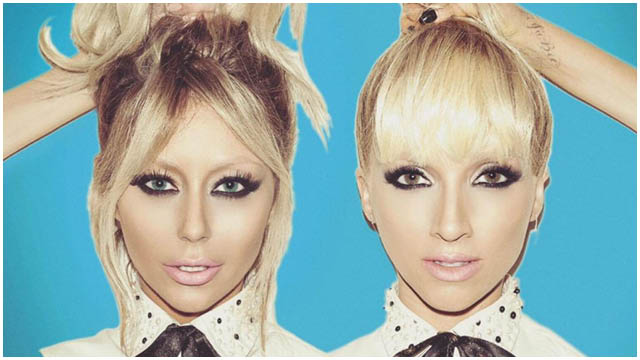 Dumblonde are the brand new electro pop duo formed by two ex Danity Kane members, Aubrey O’Day and Shannon Bex. The duo have previously described Dumblonde’s sound as a completely different sound to that of Danity Kane’s. They have previously released statements stating that their music has more of a dance type element to it with similarities to The Ting Tings and La Roux. Earlier this month the girls held a sold out Album listening party, in LA, for their brand new album with a select few fans. All in attendance were sworn to secrecy and surprisingly no footage was ever leaked. The long await is now finally over and the Albums pre order link has dropped in the UK. https://itun.es/gb/CWp88 The girls originally stated that they would release a five piece EP to kick of their new music venture but after many label offers the girls finally found a record deal that was right for them. With the label expressing their appreciation of the sound and the music that the duo had put together, independently with just a small team, they made them agree to a full Album release instead of an EP. Unfortunately this meant the girls had to push back the release and hit the studio again to create even more magic. After months of waiting the pre order link is now finally available in the UK with five instant downloadable tracks. These tracks include their first debut single “White Lightning”.

With huge praise from music critics and fans across the globe for their unique body of work, Dumblonde are about to blow the music business to pieces. Dumblonde will release their next video on Friday 31st and will continue to release videos for the final three instant downloadable tracks every fortnight up until the release of the full Album on September 25th. Dumblonde have released many teasers for the videos, in picture form, by their instagrams. Not only have these girls been working on an album but they have also recently announced that they have a reality show deal in the pipeline too. We all know that Aubrey and Shannon are no strangers to reality shows having started their careers on MTV’s hugely successful show “Making The Band”. We cant wait to here the full album here at Flavourmag but in the mean time we have the brand new instant downloadable tracks on constant repeat! Grab your pre order on iTunes here – https://itun.es/gb/CWp88