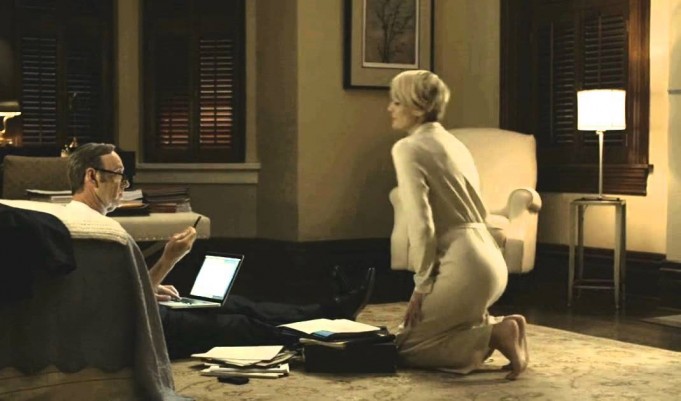 Have you noticed e-cigarettes are becoming more common in daily life? Over recent years vaping has been growing in popularity as a smoking alternative.

We have now reached a point where e-cigs are making regular appearances in Hollywood movies and TV shows.

While e-cigs may only feature in the world of entertainment to reflect modern trends, we could start seeing more of them for reasons pertaining to health. A study by the Public Health England (PHE) reported that e-cigarettes are 95% less harmful than smoking and actually help smokers kick their habit.

Combine this with the fact that high-profile actors are turning to e-cigarettes – Leonardo DiCaprio was spotted vaping at The Golden Globes – and the ever-expanding range of e-cigs and e-liquids and it’s no wonder they’ve hit our screens.

One of the first appearances of vaping in cinema was the 2010 film The Tourist, featuring Johnny Depp. The memorable vaping scene saw Depp’s character explaining the e-cigarette as though it were a sales pitch: “Oh, do you mind me smoking, it’s not a real cigarette, look! It delivers the same amount of nicotine but the smoke is water vapour”.

Since then, e-cigarettes steadily creeped into more films and television shows.

Vaping in film and TV

The second season of True Detective became a high-profile showcase for e-cigarettes as Rachel McAdams’ portrayal of Ani Bezzerides included huge amounts of vaping. Puffing on the e-cig became an intrinsic part of her character and led to an unusual compliment: “You pull off that e-cig. Not a lot of people do”.

Using e-cigarettes to define fictional characters has been praised by actor Michael Shannon, who used one for his role in 99 Homes. In an interview with The Times, he suggested that e-cigarettes were ideal props for villains who “look too slick to be trusted”.

Did you spot the appearance of e-cigarettes in any of these screen hits?