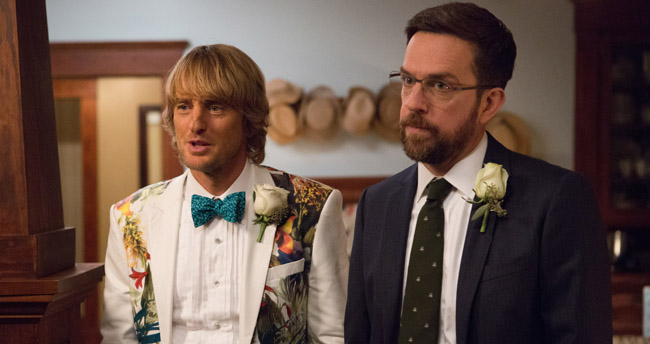 Joining the duo is an all-star supporting cast featuring Glenn Close (Guardians of the Galaxy), J.K. Simmons (Whiplash) and Terry Bradshaw (Failure to Launch).  The film is the directorial debut of veteran cinematographer Lawrence Sher (The Hangover films).

Helms and Wilson play Peter and Kyle Reynolds, two brothers whose eccentric mother (Glenn Close) raised them to believe their father had died when they were young. When they discover this to be a lie, they set out to find their real father, learning more about their mother than they probably ever wanted to know.

Who’s The Daddy is scheduled for release February 3rd 2017