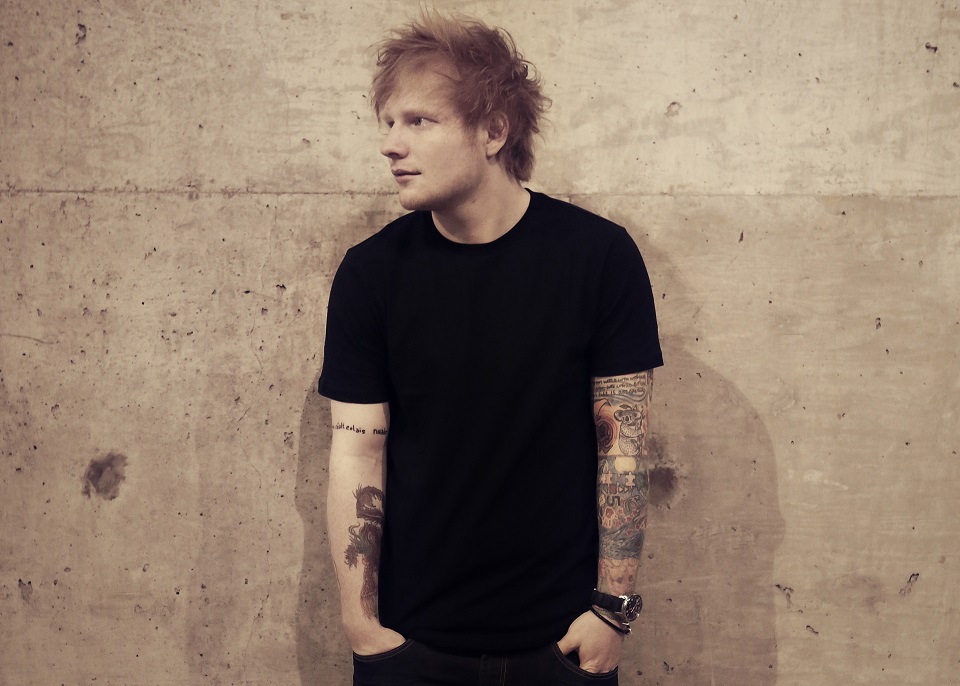 Grammy-nominated, multi-platinum selling, Madison Square Garden conquering singer-songwriter Ed Sheeran has announced his return to the UK/Ireland for his first headline tour since Autumn 2012. Says Sheeran: ‘’ I can’t wait to tour this new record; it’s been a long time coming. Looking forward to touring the UK and Ireland once again!’’

Masterfully blending soulful vocals with organic folk introspection and irresistible hip-hop hooks, Ed Sheeran has enjoyed a meteoric rise. The 22-year old’s debut “+” entered the U.K. Album Chart at #1 with the highest opening week figures for a debut male solo artist ever and is now certified 6x platinum. The singer/songwriter is also a two-time BRIT Award winner (Best Male Artist, Best Breakthrough Artist), recipient of an Ivor Novello Award for ‘Best Song Musically and Lyrically’ for The A Team and has gone on to become a genuine global phenomenon.

“+” has enjoyed multi-platinum, platinum, and gold sales in different countries, including the U.S. where his international smash ‘The A-Team’ has been certified 2x-platinum and received a prestigious “Song Of The Year” GRAMMY nomination. His ever-growing stateside fan base has resulted in back-to-back, sold-out headlining tours of North America.  After hitting arenas and stadiums around the country as main support on Taylor Swift’s North American RED Tour, Sheeran returned to New York City for a trio of sold-out headlining shows at the world-famous Madison Square Garden.  Hand-picked by Academy Award-winning filmmaker Peter Jackson, Sheeran wrote, produced, and recorded “I See Fire,” an original song for the New Line Cinema/Metro-Goldwyn-Mayer Pictures film “The Hobbit:  The Desolation of Smaug.”  Sheeran capped off his amazing year with a pair of nominations for the 56th Annual GRAMMY Awards, including one for “Best New Artist’.

Tour Dates are as follows:

Tickets go on general sale at 9am on Friday January 10th and will be available from all the usual outlets including the following: