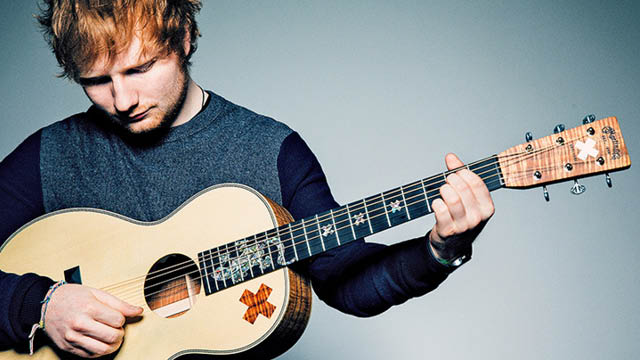 Ed Sheeran has made streaming history with his ground-breaking return, launching two immensely successful A side singles simultaneously.

Not only have the two records created frenzy across the globe amongst new and old fans alike, Ed has broken Spotify’s ‘day 1’ streaming record with BOTH of his monumental comeback singles “Shape Of You” and “Castle On The Hill”.

Reaching over a combined 13 million global streams in the first 24 hours, with “Shape Of You” amounting 6,868,642 and “Castle On The Hill” accumulating 6,168,395, Ed has now overtaken the previous ‘day one’ record holders, One Direction, who notched up 4,759,698 streams with “Drag Me Down” in August 2015, marking another record-breaking milestone in his career.

The two singles mark a hugely triumphant comeback for the modern day troubadour. Ed’s first releases since 2015, “Shape Of You” and “Castle On The Hill” are currently dominating the charts worldwide, holding the #1 & #2 spots across: iTunes UK and a total of 77 markets (including UK & USA); Spotify UK and Global charts (36 ‘#1’/27 ‘#2’ positions to date); Apple Music UK; UK Airplay, and additionally, Ed has secured a phenomenal 118 #1 positions across multiple iTunes markets!

The two singles have reached over a staggering 25 MILLION combined global Spotify streams in 48 hours and the accompanying lyric videos for Shape Of You and Castle On The Hill have received over 28 million combined hits, having amounted over 10 million views in the first 24 hours – these mark his fastest-ever video launches, with the accompanying official videos still to come! Additionally, on Spotify, the singles hold the current ‘#1’ and ‘#2’ Global and UK Chart positions with “Shape Of You” and “Castle On The Hill” respectively – “Shape Of You” is also holding #1 in the USA. In the UK alone, the tracks are on over 5.4 million combined streams.

Ed Sheeran’s two comeback singles – “Castle On The Hill” and “Shape Of You” – mark a hugely exciting return and another forward-thinking move for 25-year-old Sheeran. Showcasing two very different sides to his unparalleled musical palate, “Castle On The Hill”, written by Ed and Benny Blanco (also on production), pays homage to growing up in Framlingham, Suffolk. Driving beats and Springsteen-esque riffs collide to create another stadium-ready anthem. “Shape Of You”, written by Ed, Johnny McDaid and Steve Mac (also on production), dismantles and rebuilds modern-pop music using little more than a loop pedal. The record is an extension of the sound for which Ed’s become so well-known and has set him apart from his peers – something he first showcased in 2010 with his pivotal SBTV live performance of “You Need Me, I Don’t Need You”, and executed on his debut EP ‘No.5 Collaborations Project’ (staring an array of grime artists including Wretch 32, Wiley + more), following in 2011.