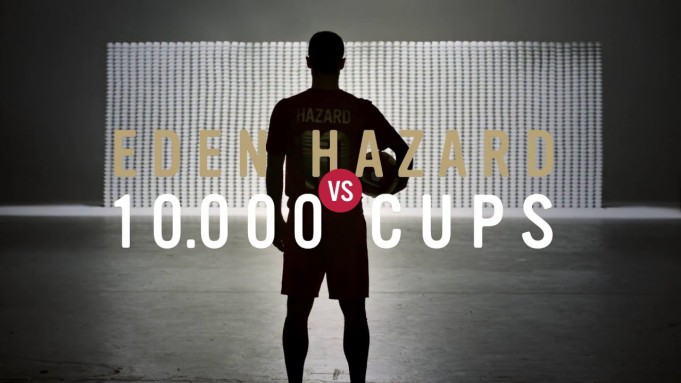 Pretty simple right? WRONG. Picture this: ten thousand real cups stacked to form a gigantic wall of 10 meters wide and 3 meters high, with a square hole in the middle.

Watch the video below and you will how crazy this challenge is. More intense than a world cup final penalty shoot out. More dramatic than a european cup final in the last 5 mins of play.

The feat is amazing, total skill, total accuracy and balls of steel see’s Eden Hazard kick the ball directly into the target without smashing/hitting a single cup.

Camera tricks? We will never know, but we will leave you decide.

Eden is not only one of the greatest football players on the planet, but his personality also truly fits the Lotus brand. He’s young, he’s ambitious, and he’s always cheerful and positive. Now all he had to do was show that every coffee needs a Lotus, by doing what he does best.