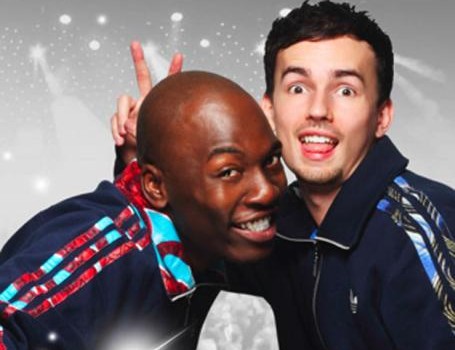 As their show EdnKev draws nearer, we thought it would be a great laugh to have EdnKev  play Agony Uncles to you the Flavour readers.

We asked you to send in all your burning questions and we’ll have EdnKev give you the best advice possible, so here are your answers…

Since she’s gone to college my best friend has changed from being quiet, hard working and kind, to this out there party girl that I don’t even recognise. I feel like we’re drifting apart but I don’t want to lose her. What should I do?
Ed- Speak to her first of all, and second of all where are you when your friend is in college. You may need to understand she’s growing and she’s meet a few new people. Did you think that you was going to be her only friend for the rest of your life? Maybe you should also go college instead of bunking off.
Kev-If you’re her true friend you’ll know that we all go through things in life, let your friend go through whatever phase she’s going through and she’ll come out the other side and when she does you should still be there. Let her know where she went wrong. Sometimes they need to discover that their doing something wrong, within reason. You could tell her 100 times, but if she doesn’t believe you, shes still going to do what she feels like doing, if it starts getting dangerous then step in.

I met a girl that I really like and we’re gonna go out on a date. I’m a bit broke at the moment. Do you think she’ll mind if she pays for her half of the dinner on the date?
Ed-  I believe on the first date a man should pay, I think if you’ve asked a girl out then you’ve asked her to come into your situation that you will cover.
Kev- Analyse how much you’ve got, if you’ve only got £30 take her somewhere that your £30 will cover you. If you’ve got no money, take her library (laughs) or to the museum, a girl will fall in love with you if you take her to the museum and then walk along the embankment. It’s something different; it’s not let’s just sit in Nandos and eat chicken.
Ed- London is beautiful go around London sightseeing, she’ll really think you’ve taken time to really plan a good date.
Kev- If shes all about the money then you don’t want her.

My boyfriend wants us to have sex for the first time but doesn’t want us to use condoms as he says that he doesn’t like them? What do you think I should do?
Ed- Do you want to have a baby now?
Kev- Forward him to the CSA website, when he sees how much he has to pay ohhh
Ed- Talk about it logically, there’s other things too, its not just about getting pregnant, its about what else you can get, have you both been testes recently. You’re asking as if you’re not too sure yourself, you should know what the right thing to do is.

I’m sick of my girlfriend now and want to dump her. What’s the best way to do it?
Ed- Tell her face to face, be a man.
Kev- Send her a DM then stop following her so she can’t reply (laughs).
Ed- Find out when Tmobile has cut her off then send her a text.
Kev- Nah for real though face to face is the best way, if you know your feelings for her have changed and you just don’t feel the same way about her you need to let her know.
Ed- Go to somewhere like the o2 Arena and stand in the middle, outside a police station, petrol station, somewhere where people can see you and help you if she doesn’t take it well, go to safe and public. I fancy this guy that I see on the train every day on my way to work. He always looks at me so I think he likes me. What should I do?
Kev- Start paying for your ticket (laughs), he doesn’t like you it’s the inspector.
Ed- Smile back and keep smiling back, he’s a man, and what hes looking for is that reaction. Be a lady, don’t go, oi do ya want mee, do you want piece of this, av it! Giggle a bit you know.
Kev- Show him that your open to be spoken to, but don’t hit on him per say, he might not want your number seeing as you have already seen him so many times and he hasn’t asked you.

A friend has offered to get me a paper that I can copy to hand in as my course work for Uni. I don’t usually cheat but I’m a bit stressed and thought that this would take off some of the pressure. Should I do it?
Ed- You’ll live with that guilt for the rest of your life, my thing is if in doubt, don’t do it. Put a bit more effort in, and you should feel satisfied that you actually got a particular grade because you tried your best. I hope also that the friend that’s giving it to you, will be your friend for the rest of your life and doesn’t start writing for magazines. (Laughs)

I have a feeling my boyfriend’s cheating on me with a colleague at work. I looked through his phone and saw texts from her that had kisses at the end and mentioned them being out together at a bar when I was out of town and he never said anything about it to me. Should I confront him?
Kev- The first issue is that you’ve gone through his phone. Going through his phone obviously means you don’t trust him. You should confront him though, simply because he’s going to bars with women, however be prepared for the repercussions. A lot of people put kisses at the end of their texts, I used to get sucked in to the kisses thing, I used to be like oh my God she’s put kisses at the end of her text, but then find out shes does that to everyone.
Ed- There are trust issues that need to be addressed, if you aint got trust, your relationship aint gonna go anywhere, you’re gonna keep checking the phone.

What should I get for my boyfriend for Valentine’s Day?
Ed- You! He’ll love that trust me.
Kev- Wrap yourself up like you’ve never done before and let him unravel you slowly.
Ed- Wrap yourself up in a Kebab.
Kev- Let him eat his way to treasure (laughs). Valentine’s day shouldn’t be about gifts it should be about spending time with that special someone, time is the most valuable present you can give, my time is something that no one else will get because I’ve given it to you.

My parents have split and I spend equal time with them both. They both argue for my attention and think that I love one of them more than the other. How can I make them stop?
Ed- The only way is to speak to them, we think that parents should know everything but they don’t.
Kev- What happens a lot of the time when people separate, like boyfriend and girlfriend, it’s give me back those trainers I bought you, give me back my necklace. When kids are involved there’s no give me back. So they start fighting over you, there’s usually a deeper issue and the child is only the mask, there’s an underlying issue but they use the child like a chess piece to move around. You need to tell them if you wana argue, argue, but don’t do it with me.

I have been best friends with a girl since I was 8 years-old. I’m 20 now and I think that I’m in love with her. How do I tell her without ruining our friendship if she doesn’t feel the same?
Kev- Work out if she’s a lesbian, if you’ve never seen her with a woman in that capacity, not only may you be spoiling a friendship, you’ll be giving her the shock of her life. If it’s a guy, you need to look out for certain signs. The hug that they give you good bye,  is it a hug you’ve felt form someone before or is it just that one arm hug looking the other direction, you know the pat hug.  (Laughs) Actions will tell you whether she or he is reading from the same page as you. As humans we like to hear that someone likes you, but actions should be enough.
Ed-It depends, do you really like your best friend like that, or are you just lonely and that’s the easiest option? If so it’s not worth possibly ruining your friendship. If you actually do really like them then its best you tell them, otherwise you’re not going to feel comfortable around them.

Having excelled individually over the past few years, the pair will come together for this exclusive date in December to show off their contrasting personalities. Likeable, down to earth KEV is known for his cheekiness yet very funny. Since appearing on Kojo’s Comdey Funhouse on MTV Base, Kevin J started his own comedy club which was very successful expanding his fanbase all the way to Africa. ED on the othe hand is popular for his clean brand of energetic jokes. Originally from Congo, he became the first black British comedian to headline at the O2 Arena in 2010.

EdnKEV promises to be a night filled with laughter, entertainment, surprise guests and a guaranteed audience interaction.

Tickets are now available via http://www.ticketmania.co.uk/event_details.asp?eid=2623

For a limited time only, fans can buy tickets for £10.