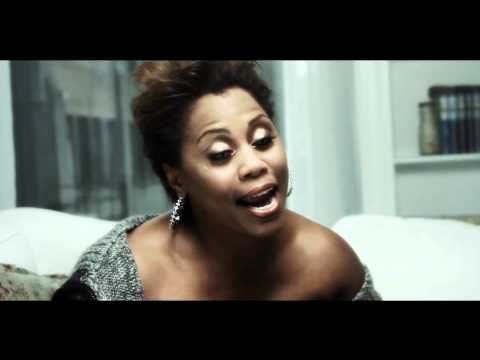 ‘It Can Happen To Anyone’ was Elisabeth Withers beautiful debut album released on the legendary Blue Note Records in 2007 and reached high positions in the charts. Born in Joilet, Illinois, U.S.A, she studied at the prestigious Berklee College of Music and then at New York University. In 2010 Elisabeth Withers returns with a new second album entitled ‘No Regrets’ and speaks to Flavour Mag’s Matthew Rhys Daniel.

I received your album today entitled No Regrets released on E1 Music in 2010. Very impressed with the variety of styles, sounds, and so on. What inspired you in your venture to create No Regrets?
My musical and life’s journey has been and continues to be amazing. From my own foundation (too beautiful) mentoring young girls in inner cities, to working with some of the hottest producers and musicians in the industry. Most artists don’t get the chances I’ve been afforded and I don’t take that blessing lightly. So I’m very calculating in every move I make. And sometimes it may not be “popular” but always in the end it works out in my favour and because of that I have no regrets for the decisions I make. It’s all part of the journey. And yes, I make mistakes, yes it can be difficult sometimes but I understand it’s all part of the “whole” so it’s a beautiful life journey air go – no regrets.

Which producers helped create your stunning sound?
Thank you Matthew. That “Sound” came from my Mama’s womb! [Laughs] But certain producers bring out the best in a singer (i.e. Toby Gad, Peter Lord…the guys on the album! That’s why I chose them all and its great going into the studio relaxed with producers who know you and know your full potential. And great producers will push/challenge you to try new things and I love that! Don’t be gentle with me in the studio – “Lets get it done while we’re in there and come out with something that hits your soul” is my motto.

How did you go about signing to E1 Music and weren’t you previously on the legendary Blue Note Records?
A close friend in the industry told me about Koch years ago but at the time my head was in such another place. Then, (again the journey!) A year ago PMG came and presented a deal to me with E1 and it felt right.

Do you write all your songs? How do the words come to you?
I don’t think anyone can say what/how I’m feeling but me. And the other way I write is by expressing who/what/where EW is to another writer who then, can interpret what I’m feeling. That’s why I love Rock and Raincloud. I was in NJ having dinner with Peter Lord (whom I absolutely LOVE by the way!) And he said “Tell me about EW”. Well I told him about how my Mother was the stern one (the rock) and my Daddy was the one who hovered over us. Taking care of us, coming to every rescue (the raincloud). And I remember when there was a time you’d never call an elder by their first name.  It was always “Mr/MRS such & such. Or the neighbours could punish you if they caught you doing something crazy…and then, they’d tell your parents so you got in trouble twice! [Laughs] Well, we’ve lost that! So I’m telling Peter all this and the lyrics began to pour off his fingers (take a listen…).

Your voice is very different from other singers. Which vocalists do you look up to?
I love real singers. Singers who truly believe in what their singing about. Singers who are saying something and then they have a showmenship to follow. Most artists don’t have that today. So I love a lot of male singers like, Common, Andre 3000, Dream, Aretha, Marvin Winans, Carlie Wilson, Michael Jackson, Anthony Hamilton, Lady Gaga…Gosh the list goes on.

I love the consistency of the piano throughout your second record. Do you play any instruments yourself as well as sing?
Yes, Piano. But I like a bashful kind for some reason I clam up. Even when I’m in the house practicing and someone walks in the room, I immediately stop for some reason. It’s terrible [Laughs] So I’m working on that!

What do you think of Soul Discoveries?
I’m wondering  is he searching ‘my’ soul? [Laughs].

Do you have a message for Soul Discoveries readers and or your fans?
Yes, in everything, whatever, however, whenever – stay true to yourself! Because when it’s all said and done it’s only you staring back at you in the mirror.

Any words of wisdom for budding musicians who want what you’ve experienced…. success!?
In your quiet times, constantly educate yourself. Know the business you’re getting into. Don’t be afraid to ask questions and when opportunity knocks, be ready!