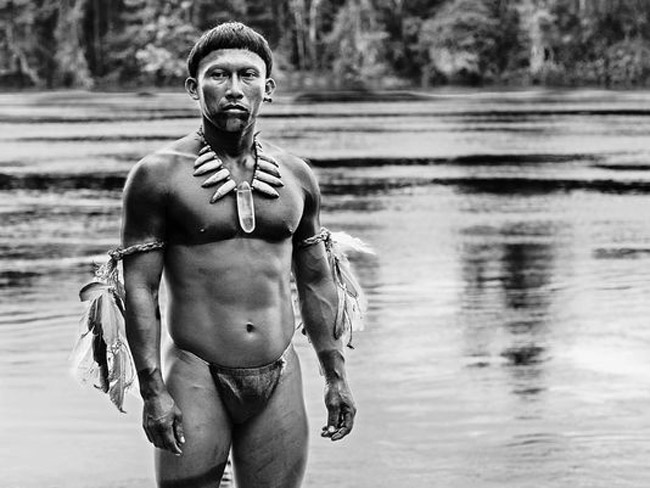 Accounts of many of the Amazonian cultures are few and far between, making it very difficult for us to know anything about such a large part of our world and the people who live there.

Colombian director, Ciro Guerra, brought the Amazon to the cinema in 2015 with Embrace of the Serpent: a film inspired by 2 scientists’ travel diaries from their time in the Amazon. The scientists, Theodor Koch Grunberg (1879-1924) & Richard Evans Schultes (1915-2001), visited at very different times which is translated well through the juxtaposition in the film.

The film itself is told through the eyes of Karamakate, a warrior shaman who is the last of his tribe. Both scientists encounter Karamakate, although many years apart, and enlist him on their individual quests to find the mythical Yakruna plant. Both scientists have their own agenda but what they do have in common is their aim to find this mysterious and psychedelic commodity that is thought to have life-saving properties.

The film explores themes of consequence: the effects of colonisation, the exploitation of rubber, and even religion. Each of these are touched upon at various stops in both the scientists journey; whether that be encountering an abused and suffering native used to rubber tap the trees who begs for freedom through death, or at a local missionary, once run by an abusive Spanish priest who adopts children of the slaves of the rubber industry (encountered in Grunberg’s timeline) but now revolving around a delusional figure claiming to be the Messiah with the aforementioned children now his worshippers in Schultes’.

The film is filled with many hard-hitting moments throughout it’s quiet and thoughtful running time, which perfectly represents the beauty of the Amazon and it’s native tribes with their many customs and way of life that was exploited, attacked, and killed in many moments of horror.

Guerra dedicates this Oscar-nominated film “to all the people whose song will we never know”. A film on this subject based on true accounts doesn’t come along often and with the lack of accounts on the subject, is very unlikely to be followed by many more. It’s fortunate therefore that this film tells a story that most may not have known is such a way that audiences can learn what happened to these people’s lives for something seemingly unconnected that appears in our lives in the Western world every day.

It’s not an easy watch. The 2-hour running time flows smooth but slowly and as a black and white film in foreign languages, it’s certainly not everyone’s cup of tea. However, those who do dedicate their time will walk away with a lot more of an idea of life in the Amazon and what better way to learn than through true accounts, least of all two of the only accounts of many of the Amazonian cultures.