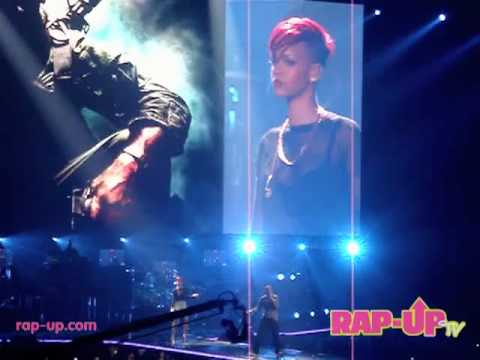 Eminem and Rihanna are teaming up to film the music video for ‘Love the Way You Lie’.

The sudden decision was confirmed via Twitter by director Joseph Kahn: “Video is gonna happen. Lots of work to do now. Video is awarded. Starts shooting Tuesday. Eminem & Rihanna. Off we go!” The two stars performed the track together for the first time at the Staples Center in Los Angeles at the Activision E3 2010 preview event on June 14, 2010:

‘Love the Way You Lie’ is taken from Eminem’s chart topper ‘Recovery’, which includes the self-motivating track ‘I’m Not Afraid’: