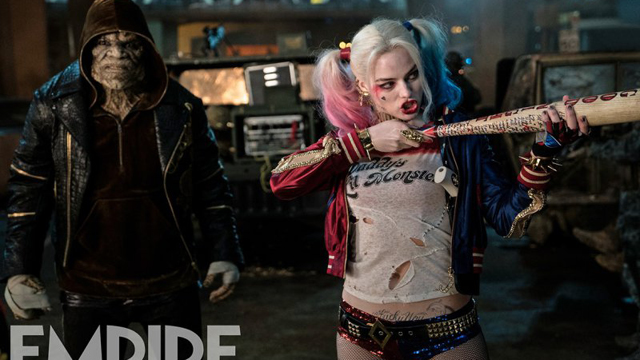 The highly anticipated ‘Suicide Squad’ film gets teased with new covers for the December 2015 issue of Empire Magazine. Margot Robbie as Harley Quinn and Cara Delevingne as Enchantress both look totally badass while posing in character along with Will Smith as Deadshot and Jared Leto as the Joker. Empire has officially released new high quality images from Suicide Squad. These aren’t all of the new images that are in the magazine, so hopefully Empire releases the rest soon. For now, get a good look at Harley Quinn, The Joker, Killer Croc, Amanda Waller, and Enchantress in the gallery below. Earlier this year, we shared the trailer for the film which follows a group of DC Comics villains who participate in dangerous missions for lesser sentences. With ‘Suicide Squad’ set to hit cinemas in August 5, 2016, there is still plenty of material ahead.