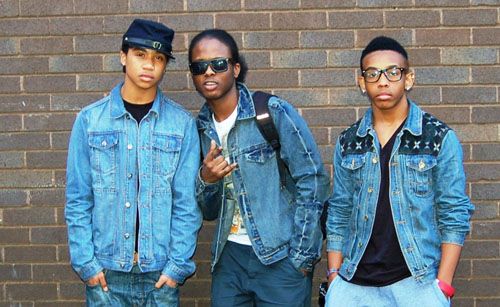 The Flavour podcast returns, with Noel Phillips and his celebrity guests, which includes US boyband Mindless Behaviour and the super hot Rita Ora.

Following The wanted and One Direction’s stateside invasion, those yanks are now coming to the UK in the form of Mindless Behaviour – four, 13-year-old teens who fuse pop, hip hop and R&B with some serious dance moves. We chat exclusively with the boys to find out what it takes to become a member and what animals they would like to come back as in their next life. After forcing her way into the UK charts featuring on the No.1 hit ‘Hot Right Now’ Roc Nation’s Rita Ora prepares to release her debut single R.I.P on May 6th. Rita was signed by none other than Jay-Z after just one phonecall. Take a listen to Rita belting her lungs out for flavour and also answering some personal questions.

Our straight-talking advice guru, Ask A Sista also answers some of your pressing questions in her usual style, and if that’s not enough then we also relive a classic acoustic from the great Tupac.

You can’t afford to miss out!