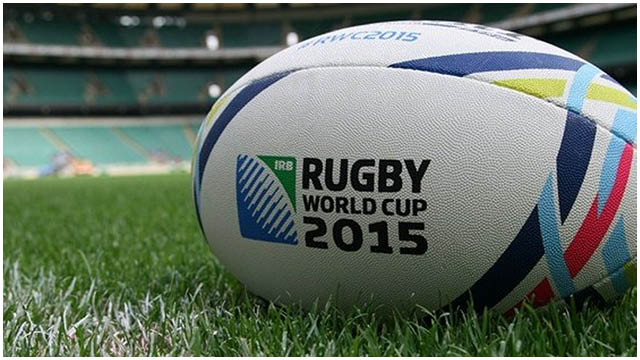 With just days until the 2015 Rugby World Cup gets under way, excitement is beginning to build across England and Wales. People will travel from all over the world to see their nation in action, and will be looking forward to witnessing one of the most anticipated World Cup tournaments of all-time.

Hosts England will open the competition against Fiji in front of a sell-out crowd at Twickenham Stadium on September 18th. The final, which will also be held at the home of English rugby, is set to take place on October 31st – meaning that 48 matches will take place in the space of an action packed 44 days. All eyes will then be on two-time winners South Africa – who should start strongly against Japan in Brighton the following day. Tournament favourites New Zealand, the reigning champions, begin their campaign against Argentina at Wembley two days later while their Antipodean rivals Australia lie in wait in England’s group, starting their fixtures against Fiji on September 23rd at Millennium Stadium in Cardiff.

With 13 different stadiums in use, the 2015 Rugby World Cup will allow people from all over the country to attend at least one match throughout the competition. Newcastle United’s St. James’ Park, meanwhile, will host two pool matches for Scotland, meaning that Vern Cotter’s side should receive excellent support for their crucial fixtures with Samoa and South Africa.

Some of the world’s greatest companies have got involved with the sponsorship of the tournament and their investment and advertising has certainly helped to develop an interest in the competition, as companies vie to cash in on the benefits such large-scale sporting events can bring. Heavyweight names Visa (Argentina), Vodafone (Fiji) and AIG (New Zealand) show that rugby is more than capable of rubbing financial shoulders with the likes of football when it comes to the biggest stage.

Big sporting events, such as Wimbledon, the Super Bowl and the Rugby World Cup, have colossal effects on financial markets, shares and spread betting. Investors are braced to see the results of this on Forex, the financial trading market. The flurry of financial activity off the field could be as hectic as the high-octane scrums on the field as rugby revels in its moment in the global spotlight.

It isn’t just financial markets that the Rugby World Cup will have an impact on though. In terms of social aspects, the tournament may convince youngsters to get involved in their local community by joining their nearest rugby clubs. Major sporting tournaments always seem to enhance the public perception of sport and it will be no surprise to see the number of people playing rugby union soar in the coming months.

That interest will be fuelled even more in the people who experience the thrill of the action first hand. Hundreds of thousands of tickets went on sale throughout a number of ballots. The majority of matches are now already sold out – particularly those involving the home nations – but you can still get tickets for New Zealand, South Africa and Australia’s fixtures. While these countries will bring over a reasonable number of fans, they won’t be able to fill the likes of Twickenham or the Millennium Stadium so there’s chance for English fans to see some of the world’s top rugby talent live.

Perhaps the beastly Taqele Naiyaravoro of Australia can be this tournament’s Jonah Lomu? Man mountain French star Loann Goujon, rapid Kiwi Waisake Naholo and Springbok Damian De Allende will also be among the many exciting talents to keep an eye on.

All will certainly fancy their chances of lifting the Webb Ellis Cup on October 31st – or could it maybe, just maybe, be a home tournament fairytale with England repeating the heroics of Jonny Wilkinson et al from 2003? For now, at least, the dream is alive.

Winners and runners up go through to the quarter-finals.

Games to be broadcast on ITV, ITV4 and on BBC radio during the tournament.

Australia’s 142-0 win over Namibia in 2003 is the biggest winning margin while New Zealand scored a 145-17 win over Japan in 1995 to amass the most number of points in a World Cup match.