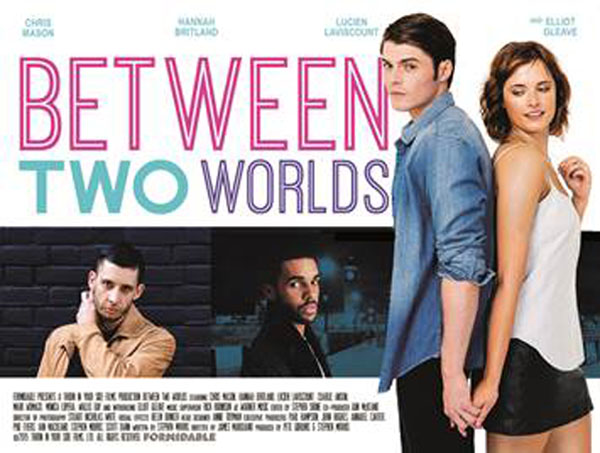 English rapper and singer Example is about to debut in his very first feature, Between Two Worlds, alongside Lucien Laviscount.

Between Two Worlds, due to be released in cinemas and on demand on the 23rd of October tells the story of young writer Ryan (Chris Mason) is desperately searching for inspiration for his new novel whilst suffering a badly broken heart after being dumped by his glamorous girlfriend Lucy (Wallis Day) and adjusting to life away from his beloved Liverpool.

In a misguided effort to cheer him up, his two best mates, John (Elliot Gleave / Example) a successful city trader and Connor (Lucien Laviscount) a budding Hollywood actor, take him out on a tour of the wild excesses of London’s party scene where he meets the girl of his dreams, art gallery owner Anna (Hannah Britland). However on his journey, Ryan becomes torn and conflicted between life’s priorities; to his friends, to his writing and to his roots.

We won’t hold our breath waiting to see if Example can pull this off but hopefully he might surprise us all.

Between Two Worlds is released in cinemas and on demand on October 23rd.