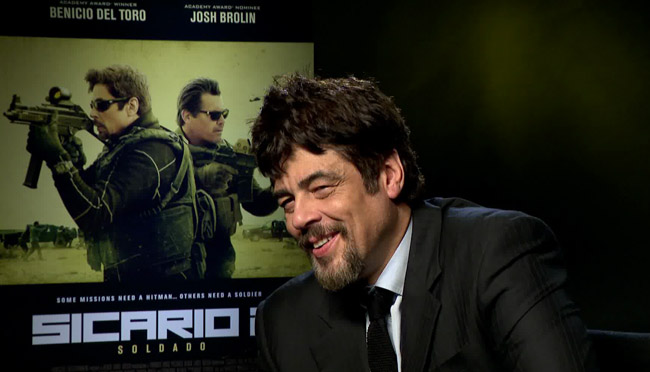 In 2015, Denis Villeneuve brought to life Taylor Sheridan’s Sicario with critical acclaim. The slow-paced but tension-filled crime thriller followed a principled FBI agent played by Emily Blunt who is enlisted by a government task force to bring down the leader of a powerful and brutal Mexican drug cartel.

Starring Blunt, Benicio Del Toro and Josh Brolin, the film was nominated for numerous Oscars as well as a number of BAFTA’s as well as earning high praise for Blunt and Del Toro’s performances.

Three years later, and the sequel is finally upon us after it began shooting in 2016. Unfortunately, Villeneuve and Blunt do not return but Brolin and Del Toro reprise their roles of Matt Graver and Alejandro. However, still partners, in this outing the whole game changes and the rules are thrown out the window. With a new director in Stefano Sollima at the helm, the film stays faithful to its predecessor but this time Del Toro’s Alejandro begins to show a side of humanity. The series begins a new chapter.  In the drug war, there are no rules – and when the US government begins to suspect that cartels have started trafficking terrorists across the US border, federal agent Matt Graver (Josh Brolin) calls on the mysterious Alejandro (Benicio Del Toro), whose family was murdered by a cartel kingpin, to escalate the war in nefarious ways. Alejandro kidnaps the kingpin’s daughter to inflame the conflict – but when the girl is seen as collateral damage, her fate will come between the two men as they question everything they are fighting for.

Zehra Phelan sat down with the legendary, yet scary, Del Toro to have a chat about the forthcoming sequel. Del Toro reveals his first reservations regarding the human side of his character as well opening up on some scary stunts.

Watch the interview and trailer below.