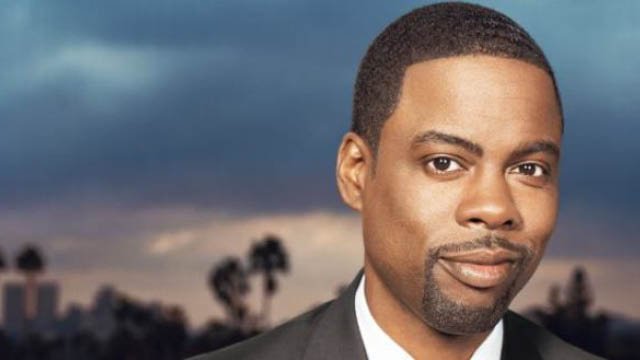 It’s not every day you get offered the chance to sit down with one of the best known American comedians/actors in the world, So when the opportunity to speak to Chris Rock about his new movie Top Five, where he plays an actor who’s recent film is a flop and falls for a journalist doing a profile piece on him, came pounding on our door we jumped at the chance.

We didn’t have long with Chris but find out what he had to say about the film and what Star Wars character he would play.

You’ve Written, Directed and Starred in Top Five, Where did you get the idea to make a romantic comedy?

I don’t know! It wasn’t supposed to be, it just became romantic, it started out as just a movie about a guy selling a movie, the rest just evolved into I guess a romantic movie.

You’re a fan of Woody Allen, I was just wondering if you based it on his film Stardust Memories!

I love Woody Allen, Yeah I got some inspiration from that, I watched Fellini’s 8 1/2 which takes a lot from Stardust Memories. That whole genre of movie just interests me. I mean I watched the Linkletter movies a lot with Julie Delphy a lot of that stuff.

How easy is it to Direct and play the lead in the film?

I like it; I actually like it a lot! I like being in control of the funny. If it doesn’t work then its my fault. I’ll take it I got no problem with it. It’s a lot of work. When you’re on a set the thing about directing versus acting, the only difference is the director has a lot more to do off the set, but on the set you’re going to be there anyway as the star. You’re there the same amount of time, so you may as well direct. If I wasn’t directing and just starring I’d just be in my trailer half of the time.

Have you based the film on your own life experiences or anyone that you know?

I have been through some of that stuff, you know I’ve had movies come out that weren’t that good (laughs) where I’ve had to go and sell them. I have been attracted to a journalist or two. I’ve done a lot of that stuff. I’m not an alcoholic, I don’t have that problem or a drug problem, but I haven’t been beat up by the cops…lately!

The sex scene in the hotel bedroom with the hookers was hilarious, Have you ever been in that situation yourself?

THAT SITUATION! That was a pretty outrageous one. Stuff like that happens on the road and you meet guys like that on the road all the time. You meet girls like that and guys like that today. You know just not to hang with them, Now I just say I can’t do that, my kids are going to call me in the morning, you know what I mean I gotta be up to answer their questions.

How much of say did you have in the casting? I say that because you seem to have two of the sexiest woman around at the moment in Gabrielle Union and Rosario Dawson as your leading ladies. Was that a conscious casting on your side? Yeah I mean I wanted them both the whole time. It’s weird as Rosario didn’t initially want to do it. We had Rosario playing Gabrielle part all different kind of scenarios. They were the ones I wanted honestly! I’m just glad. I mean they are really good actresses, people get blinded by their looks, but you know both of them gave nuanced performances. They are both really cool people.

Both Jay-Z and Kanye West are producers of the film, How did that come about and were you able to use their music for free in the film because of it?

We did not use their music for free, part of their payment was their credit I will say that. They helped out to get other music too; they are the most powerful guys in music. They were a tremendous help. I just asked them to be producers, they had to watch the movie and they liked the movie, So you know, once people like it, it’s easy, I wouldn’t say totally easy as there was some negotiation to go through, but it was easier to get them involved.

You’ve managed to fit in a hell of a lot of cameo appearances into the film with Adam Sandler, Whoopi Goldberg, DMX etc how did you manage to get them all together to be a part of the film. Did they owe you any favours? Some of them are your friends aren’t they!

They are all my friends, well except DMX, come on I’ve done like lots of things with Adam Sandler, so I’ve done his movies at least he could do is my movie for a day. Whoopi and I had been talking about doing something together forever, I wish I had more for her to do but she came down. Everybody was just asked you know, not everybody said yes, Eddie Murphy, Dave Chapelle. Those that showed up I made sure they had jokes.

Why have you chosen those particular Rappers as your Top Five and how can you even think about leaving Biggie out?

I don’t know, there are so many great rappers. You know I left Kanye out too. If I did it today it would be Jay-Z, Kanye, I don’t know Ice c… Nah I don’t know it changes every day you know what I mean. Q-Tip from a Tribe Called Quest lives in my town and I was at his house the other day, so I started listening to his music again, Now he’s one of my top, there are just so many people.

Your stand up see’s you joke about racism and black stereotypes but you use the N word quite a lot during the film, The definition of the N-Word is offensive, where you worried that you may offend your audience, not just in the US but worldwide?

Nah, The movie has a realistic tone; it’s not like a studio copy. If we had said Nigga in Grown Ups it would be very offensive. I don’t really think its offensive, it’s just the way people talk. It’s not used for dramatic effect it’s just been used. I’m sorry if you found it offensive. That’s how people talk in the projects (laughs). Why do you think your stand up routines are better received than the films you have been in?

I don’t know, Stand up is just one person, there’s no…. When I do a stand-up show I hand it to HBO, they don’t really see it till I give it to them. Where movies are made with me and a company, there are so many voices on a movie you can’t be that one person. It’s weird, you just said you were offended in the previous question, in stand-up people never get offended. It’s just a different animal.

I’d have to play Darth Vader, why? Because I wouldn’t have to shave

So what’s the next project you have on the horizon, are you lined up to do any more films?

Top Five is out in UK Cinemas on the 8th of May.