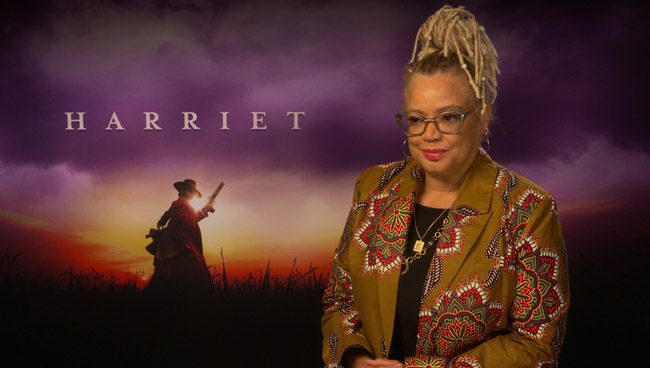 Considering Harriet Tubman was one of the most prominent and courageous women in the fight against slavery, her story has never made it to the big screen… until now. Kasi Lemmons finally brings her story to light aided by Cynthia Erivo as Tubman in a poignant and revealing story which is just as important now as it was back 1800’s.

Featured at the 2019 BFI London Film Festival, Lemmons takes the helm on the film which tells Tubman’s story of how she escaped slavery and led dozens of enslaved people to freedom on the Underground Railroad in the face of growing pre-Civil War adversity. Based on the thrilling and inspirational life of an iconic American freedom fighter which transformed Tubman into one of America’s greatest heroes. Her courage, ingenuity, and tenacity freed hundreds of slaves and changed the course of history.

Flavourmag’s Zehra Phelan sat down with Lemmons to chat how intimidating it can be to respectfully depict such a heroic figure. Unearthing surprising information on Tubman and Erivo embodying Tubman to the point in which you can’t imagine anyone else in the role and more.

Watch the trailer below.