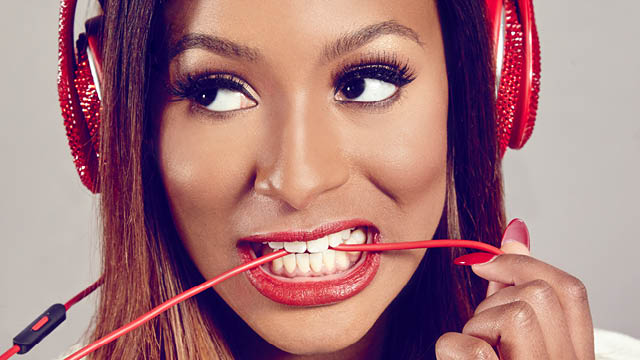 Florence Otedola, famously known as DJ Cuppy, is a musician and entrepreneur with a rapidly increasing empire. Born in Lagos, Nigeria in 1992, Cuppy’s musical endeavours began at a young age. By the time she turned 18 she was producing her own tracks and DJ-ing at showbiz events and club nights, both in London and around the world.

In 2014 Florence was announced as the resident DJ for the MTV Africa Music Awards. Later that year she released her first mix-tape, which saw her pioneer a fresh new genre that she dubbed “Neo-Afrobeats” – an electric blend of Afrobeats and house music. The mix-tape was launched successfully in London, Lagos and New York, and the following year was succeeded by the second mix-tape, featuring remixes of celebrated Nigerian artists Wizkid and Yemi Alade. DJ Cuppy plans to further expand her pioneering sound with new exciting ventures into the “Progressive African House” sound.

Now based in East London, Cuppy is making a triumphant return to the UK’s music scene following her guest Capital Xtra takeover last year. However, while most of her time is spent in London, she still spends much of her time travelling DJ around the world, and recently starred in Channel 4’s fly-on-the-wall documentary Lagos to London, that explores a new generation of young jet-setting African professionals.

Spoke to DJ Cuppy on music, fashion, beauty and health and this is what she had to say,

On becoming a DJ:

How long did it take for you to learn how to play music?

From a young age I had a great ear and passion for music so I got practicing as soon as I could get my hands on some decks – at 16! After several all-nighters and serial Youtube viewings, I finally learnt to mix within a month!

If a young lady wanted to become a DJ what advice would you give her?

I would advise any young lady looking to venture into the entertainment industry to focus on the end goal, regardless of the challenges that come along the way, it’s always important to remember why you chose that career in the first place. This will get you through those tough days!

Do you feel that female DJ’s are now starting to be treated more equal to their male counterparts?

Absolutely! I couldn’t think of a better time to be a female DJ! Finally people are seeing that DJ-ing is a gender-neutral profession!

Whats the hardest obstacle you have faced in the music industry?

That would be working twice as hard to get half as much recognition. Despite more female DJ’s being acknowledged, we still have to fight for a space in the industry.

Whats the most exciting experience you have had in your DJ career so far?

The most amazing gig I’ve ever had would have to be DJ-ing for the Nigerian Presidential Inauguration last year. As a Nigerian, there is nothing better than using my talents to entertain my country!

Well, let’s put it this way- I’m like a sponge. I don’t have just one influence; instead I allow myself to soak in from the people I meet and experiences I undertake. I try to take the good, and leave the bad (well, most of the time!)

The London scene is absolutely buzzing right now! Album-wise, right now, I’m listening to- Skepta’s ‘Konichiwa’ album; it’s so refreshing. Still on ‘25’ by Adele, it’s a classic already! Then, I know Calvin Harris has some new heat on the way; can’t wait…

Where can we see you DJ-ing right now?

I’m travelling a lot at the moment – I’m actually off to New York now to DJ for the final episode for an MTV2 show I’ve been on for the 6 months. It’s called ‘Uncommon Sense with Charlamagne’, and I love it – it’s hilarious! Do you have any special exercises to maintain that stunning figure of yours?

I do work out a lot – about 3-4 times a week! Normally I’ll do a dance class or pilates (my favourite!).  Plus, one would be surprised at how travelling and DJ-ing keeps off the weight! However, I also think life is too short to deprive ourselves of yummy foods – like red velvet cupcakes!

What does your general diet consist of?

I like to eat as healthy as I can, but the DJ lifestyle makes it difficult. Honestly, I eat when I can which is often anything from Caesar salads to arrabiatta pasta!

Whats your favourite make up brand?

I have to say, I’m a bit of a MAC girl… They’re just so consistent.

I can’t live without my pink Clarisonic face brush; I use it twice a day to wash my face without fail! (Even if I get home at 4am after a gig!)

Tell us once of your beauty tips?

Quite cheeky – mix in some moisturiser into your foundation bottle. This way, you get that extra glow and hold!

Describe your style in 3 words

I would say my style is girly, colourful, and chic!

Half of my closet is Topshop, they never let me down!

Name 3 that you would class as your style icons

LBD is a classic, it’ll never go out of style!

And finally tell us something that you have never said in any other interview before….

I’m currently trying to learn how to do a cartwheel, I never learnt! LOL!