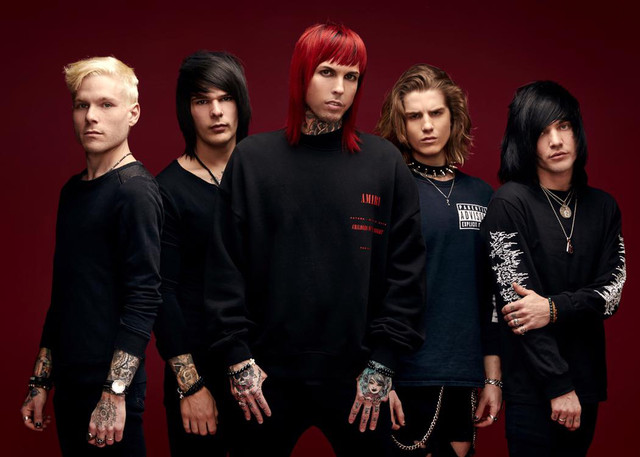 Dead Girls Academy are heading for bigger things, tipped to be the band to watch in 2019.

American rockers Dead Girls Academy is set to cause a huge storm in the UK, starting their touring year off with a bang, performing in the UK for the very first time as a band. I sat down with Michael Orlando backstage before their show on Valentine’s Day at New Cross Inn in South London and what a treat it was. Can you think of a better way for a singleton to spend Valentine’s?… I think not.

Can you tell me about your album ‘Alchemy’?

M- Alchemy is the first album of the new band I put together, obviously this one. It represents a full change from the last project I did to this one, it represents something new in my career.

Can you tell me about your songwriting process, How has it changed since you first started out as a musician?

M- Oh it completely changed, from the past I wrote everything and this time because I was so burnt out, I had help from Ronnie Radke from Falling In Reverse and he basically wrote everything on the album. I had input with the chorus and had a song or two in there. It was a cool process to have someone else do an interpretation of who I am.

Is there one song that you secretly listen to but slightly embarrassed for people to know you’re a fan of?

M- I listen to the entire discography of anything Phil Collins does! Yeah, I love Phil Collins and I also love Tom Petty.

M- Usually we have a lot of alcohol, I like to have a few Jack Daniels like three, four or five and we warm up a little bit, that’s mostly it.

M- It was Warped Tour 2012, We opened the main stage and the night before I had a cheat day and ate everything in sight, I jumped into the crowd and tore off my shirt… it wasn’t the day for that. There are millions of photos and videos, I look back at it all the time and I’m like “This makes me sick”.

M- That’s a tough one man! At this point, it would be like a Billy Idol song for sure!

What would be one thing people be surprised to learn about you?

M- I really like anime! I watch it so I can fall asleep. I believe that there are spirits that follow me and without the TV on or static I can’t fall asleep and the ceiling turns black.

If you were to give up music tomorrow, how would you like to be remembered?

M- Oh man! Someone that wrote good music, someone who’s respected and someone that can put something out that people can have a connection with.