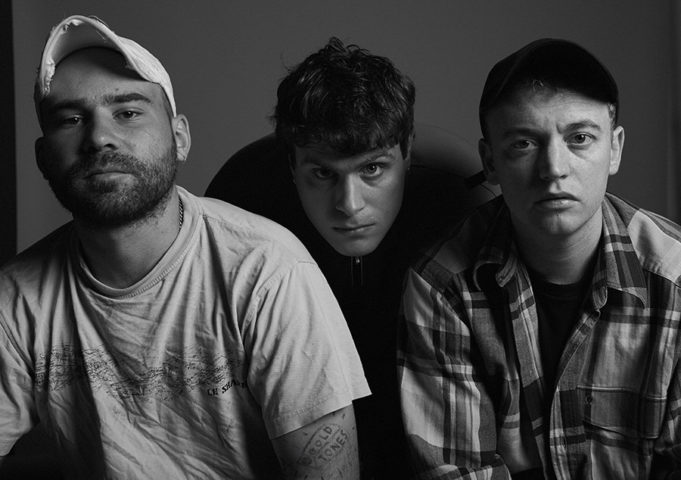 I sat down with Tommy from DMA’S at the O2 Kentish Town Forum ahead of their sold out London show.  DMA’s, a three-piece band from Australia who first came to our attention in 2014 has been compared to Oasis and bands alike.

How did you guys first meet? How did DMA’S start?

Can you tell me about your album ‘For Now’?

T –  So ‘For Now’ came out on Friday and it’s got songs that are very new and have only been written a couple of weeks before it got recorded and other songs that we wrote really early on! It’s a mixture of new and old material. We tried to work on the production aspect of it, spending more time working on the electronic beats and my vocals! It’s a little bit more polished.

T – Usually I’ll write songs by myself and other songs we’ll write together! We will each have a different idea and often make a memo on our phone and sometimes it works and sometimes it doesn’t! And when it does work it makes a special sounding song!

T – There’s a band called The Knife and I don’t think they play anymore but I’d love to work with them! Also bands like Underworld!

What do you miss about home when you’re on tour?

T – My routine, family and friends! Home cooking, it gets a bit strange getting takeout all the time.

T – My phone, arm force pills and a book Looking back from your first gig to now, how do you feel you have grown during this time?

T – A lot! I had never really sung in a band before and I never performed live before! Things have become a lot more comfortable for me!

You’ve hit the stage a ton of times at this point and we know shows don’t always go as planned.  Any embarrassing on stage screw-ups that have stuck in your mind?

T – We were playing a festival in America and Mason tripped over, he landed on the sound system desk on the side of the stage and I think it was due to having too much to drink! I think I hit my head in Manchester and you have to walk on but duck down and I think I cracked my head! I don’t think anyone saw but I had a ringing in my fucking head for the whole set.

Describe your band in three words?

What’s next for DMA’S?

T – Just touring the record and we’re playing a bunch of festivals this year!