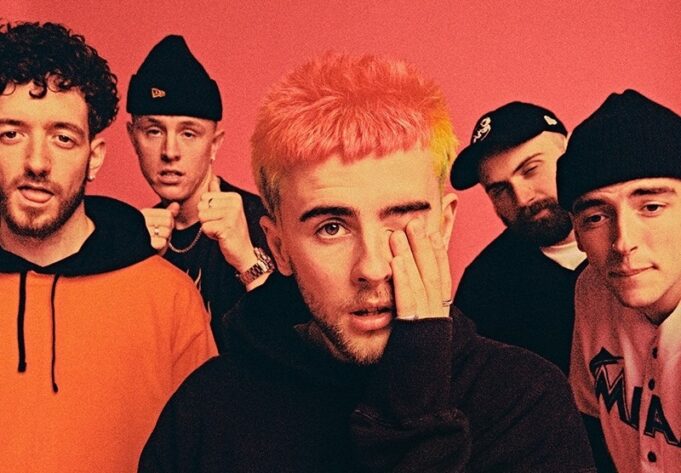 If you don’t know who Easy Life by now then you’ve definitely not been paying attention. The Leicester-born band is back with their latest single ‘Nice Guys’.  I chatted to Murray, Lew and Jordan at BBC Introducing Live before they hit the stage.

You just released your new single ‘Nice Guys’ what inspired it?

M- I have the most boujee answer to this. When we were playing Coachella, we had an extra week off in LA and we wrote it there. The track is very west coast and sunshine.

What’s your songwriting process like and how do you feel you’ve improved since you first started?

L- It varies I think

M- I think every song has a different process really. We just turn up to the studio as often as possible.

Do you do anything to get yourself pumped up before a show?

J- We listen to country music

L- This doesn’t sound like an honest answer but it really is. The story is we went to Texas for our first ever show in the states. When we landed, it was so foreign to us, it’s just so different from what we’re used too. Country music is blasted everywhere there and now we literally listen to it all the time

M- Yeah, we do this before every show. We really like country music now. It started off really ironic but then we were like hang on, this is actually pretty good.  It slaps!

We know shows don’t always go as planned, what has been your most embarrassing onstage moment?

M- Yeah we have those moments constantly. Every show is an embarrassment for all of us. Lew literally got his cock out last week. That embarrassed me and everyone else in the building but not Lew.

Out of all the gigs, you’ve played, is there one that stands out for you?

L – every show is a great show.

What would be your theme song to your life?

M, L & J- *sings* With a little bit of chicken fried and a cold beer on a Friday night